PRAGUE – When President Obama announced at the G-20 summit in Pittsburgh late last month that Iran had built a secret nuclear plant in Qom, southwest of Tehran, he was followed by a visibly angry French President Nicolas Sarkozy and an unusually harsh British Prime Minister Gordon Brown.

Sarkozy was particularly pugnacious when he spoke, warning the Islamic Republic that it had until December to come clean on its nuclear weapons program or face punishment. The usually reserved Brown accused Iran of “serial deception.”

Again earlier this month, American and European officials stood shoulder to shoulder in Geneva in talks with Iran about its nuclear program.

The united European-American front on Iran is not new, but three relatively recent developments have strengthened the alliance since Iran’s nuclear ambitions became an international preoccupation.

First, Obama’s policy of pursuing talks with Iran while simultaneously warning of harsher measures has brought the United States more in line with Europe’s attitude toward the Islamic Republic. The Europeans believe the threat of sanctions without direct engagement by the U.S. is a non-starter.

The multilateral meeting with Iran in Geneva represented the first international talks in 30 years where American and Iranian delegates spoke to one another directly.

The Bush administration began the move toward this direction in 2006, when U.S. officials agreed to participate in talks involving Iranian officials. Now all members of the so-called P5-plus-1 negotiating team – Britain, China, France, Russia, the U.S. and Germany – agree on a dual-track approach with incentives and threats.

Second, the election of more conservative governments in France and Germany has helped bring those countries’ leaders more in tune with U.S. policies on the Middle East, both on Iran and on the emphasis on Israel’s security needs. The fiery Sarkozy took over in 2007 from the socialist Jacques Chirac, who often irked Washington and Jerusalem with his sympathetic gestures toward Arab and Islamic leaders.

And when German Chancellor Angela Merkel was reelected last month, she got a new conservative coalition partner, strengthening her pro-Israel, pro-U.S. positions.

Third, public anger in Europe over the disputed Iranian elections in June and the handling of the protests that followed have helped throw public support behind European leaders’ tough stances toward Tehran.

“Back in 2003, the Europeans thought they had a chance with the moderate Iranian president, Mohammad Khatami. That is not the mood today,” observed Volker Perthes, an Iran expert with the government-funded German Institute for International and Security Affairs.

“Sarkozy and other European leaders are underscoring more than ever before their frustration that Iran is not moving fast enough” on promises to halt uranium enrichment and disclose all its nuclear sites, said Clara Marina O’Donnell, a research fellow at the Center for European Reform, a London-based think tank.

Nevertheless, she said, the shift is one of tone, not substance.

“The stronger message from Sarkozy is also due to the personality involved; he is notoriously combative,” O’Donnell said. “It is not a policy change.”

In one way, the U.S. shift toward negotiations has enabled European leaders to take a tougher line on Iran: Now that Iran can no longer use the absence of the Americans at the negotiating table as a stalling tactic, European leaders feel more comfortable giving Iran ultimatums.

However, the European appetite for sanctions if the Iranians again fail to comply with international demands is not as hearty as in Washington. In the U.S., Congress is set to push for harsh new unilateral sanctions if Iran fails to live up to its promises and if UN Security Council members China or Russia vetoes additional international sanctions.

In Europe, however, skepticism remains about the effectiveness of sanctions even with the real fear that Iran might cause serious security problems worldwide.

“Europeans look at the U.S. sanctions against Cuba and say, ‘They didn’t work, why should we do this?’ ” Perthes said.

Many suspect tougher sanctions will only help the Iranian regime because the primary victims will be the Iranian people, who likely would blame the West for their suffering. Left-leaning governments such as Spain also likely would find new sanctions hard to swallow.

The distaste for sanctions also may be economic. Italy is Iran’s largest Western trading partner, followed by Germany. Nonetheless, Germany’s sales of machinery to Iran have been on the decline, and Merkel received kudos recently from Israeli Prime Minister Benjamin Netanyahu for reducing trade and financial ties with Iran.

“Our foreign minister is saying that the sanctions might not work,” said Simone Hartmann, a spokeswoman in Austria for a group called Stop the Bomb. “That is just an excuse to help Austrian business.”

Austrian exports to Iran rose by 5 percent in the first six months of 2009 compared with the same period of 2008, reaching approximately $220 million.

This isn’t to say that Europe does not regard Iran as a threat. On the contrary: German and French intelligence officials say Iran never stopped working toward acquiring nuclear weapons. By contrast, the official position of U.S. intelligence, put forth in a 2007 National Intelligence Estimate, is that Iran’s covert nuclear weapons program was halted in 2003. The Israeli position is closer to the European position.

While some in the U.S. favor military action against Iran, Europe holds a stronger aversion to that approach after what most of the continent’s leaders perceive as the wrongful invasion of Iraq.

Sico Van der Meer, of the Dutch Clingendale Institute of International Relations, said that European leaders believe economic or political incentives might be more effective in keeping Iran from going nuclear than any form of punishment.

“I think if Israel dropped a bomb on Qom today, the Iranians would still find a way – would be even more determined – to continue their nuclear program,” he said.
(JTA)
Advertisement 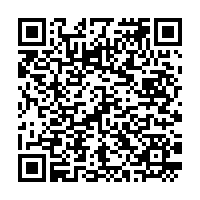