IDF fighter jets attacked a Hamas weapons manufacturing site in the Gaza Strip overnight Friday, but not before the occupants of the structure were given ample early notice to evacuate. The IDF spokesman said this was the terrorist organization’s research and development site.

The attack was carried out in response to the renewed incendiary balloon terrorism on Thursday. Of course, now we’ll have to wait until someone from Hamas wakes up the balloon troops to let them know about the retaliation thing. Clearly, it would have been more effective to retaliate against the balloon terror squads, preferably by killing them before they let go of their wares. In fact, it was today’s prime minister, Naftali Bennett, who urged the Netanyahu government to do just that, insisting that those were not children, they were terrorists and deserved to be killed.


In other words, deterrence schmeterrence.

Four fires were started on Thursday in Beeri Forest in the western Negev by incendiary balloons from Gaza. Firefighters and JNF foresters extinguished the fires. Meanwhile, several fires broke out Thursday at various points near the tomb of the prophet Samuel near Jerusalem. Arabs are suspected of igniting them.

Is no one going to ask how blowing up some Hamas building is going to stop the next arson?

The Israeli defense establishment told the Israeli press unofficially this week that Hamas is not afraid of a return to hostilities. Israel, for its part, expects Egypt to restrain Hamas leader in the Gaza Strip Yahya Sinwar.

In other words, Sinwar is still the proverbial kid who throws a tantrum in the middle of the store and Israel is still his doting mom who’s afraid to give him a good smack across his hairy face because people are watching. 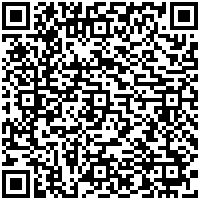