Israeli security and military forces have been busy over the past four months: 1,200 wanted terror suspects were arrested, and some 200 shooting attacks thwarted, according to a report Saturday night by Israel’s Channel 12 News.

The situation is heating up despite the efforts of security personnel, however: in the past month alone, there were ten shooting and stabbing attacks, and there are dozens of stone-throwing attacks each week, which can be just as deadly, and which have caused serious injuries and even deaths.


On Friday, a 19-year-old IDF soldier was stabbed and seriously wounded by a Palestinian Authority terrorist at the Beit Einon intersection near Kiryat Arba.

The terrorist, who was shot and killed by Israeli forces at the scene, was later identified as a 19-year-old Palestinian Authority teen from Dehisheh, near Bethlehem — about 20 minutes from the southern outskirts of Jerusalem.

According to the Channel 12 report, there is an increase in incitement to terrorism on the popular TikTok social media network as well.

In general, the Ramallah government seems to be losing control over its territory: earlier today, Palestinian Authority media published a video by Gaza’s ruling Hamas terrorist organization, showing military drills in the city of Jenin and Hamas flags.

Israel’s security establishment has expressed concern about the rising violence and indications that an escalation in Judea and Samaria could “lead to an explosion,” according to the report.

Israel has experienced a wave of terror perpetrated by individuals, many of them very young, inspired by vicious incitement in Palestinian social and traditional media and urged on by the Palestinian Authority leadership.

“The Palestinian Authority goes so far as to pay convicted terrorists a monthly allowance – the more serious the offense, the more money they receive. The families of terrorists killed by Israeli security forces during a terror attack receive a monthly “pension” as well,” Israel’s Ministry of Foreign Affairs points out.

The start of the Islamic holy month of Ramadan (April 1 – May 1) this year signaled the start of a particularly intense wave of terrorism. During that month alone, 17 Israelis were killed and dozens more were wounded.

Immediately following the conclusion of Ramadan, the Israel Defense Forces initiated Operation “Break the Wave” in an effort to stop the terror. That operation is continuing. 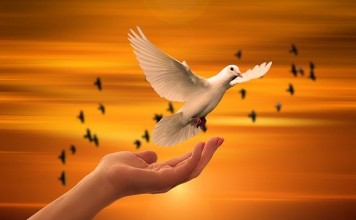 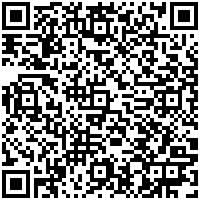