Prime Minister Benjamin Netanyahu on Sunday morning began his weekly Cabinet meeting with a reference to Friday night’s massacre in Halamish, stressing that he and his ministers “share in the terrible grief of the Solomon family. Yosef, Chaya and Elad were murdered by a beast incited by Jew-hatred.”

“The security forces are operating on the ground as necessary, at all times. The home of the loathsome terrorist will be demolished as soon as possible. We are also taking action against those who incite toward acts of murder and those who praise them,” the PM said.


“Since the start of the events, I have held a series of assessments with security elements including those in the field,” Netanyahu noted regarding the Arab riots over the recent installation of metal detectors at the entrance to the Temple Mount. “We are receiving from them an up-to-date picture of the situation, as well as recommendations for action, and we will decide accordingly. We are conducting this calmly, determinedly and responsibly and thus we will continue to act in order to maintain security.”

Minister of Public Security Gilad Erdan briefed the ministers on the security situation and said that immediately after the attack that killed two policemen on Friday, July 14, “the question was why no metal detectors had been installed on the mountain since 2014.”

“Now they’re asking why we’re not taking them down,” Erdan added ironically.

Erdan told Walla that “this is a struggle over sovereignty and the lack of acceptance of our sovereignty in general, and in the Temple Mount area in particular. It is unacceptable that Israel Police be made to obtain authorization from the Palestinians for every new security measure.”

During an earlier meeting of the Knesset Likud faction, Minister Ofir Akunis stated that “the government through the cabinet will make the decisions, which are founded on keeping the safety of Israeli civilians.”

“The cannibalistic massacre in Halamish had nothing to do with this or that metal detector,” Akunis insisted. “It’s all just an excuse for Arab violence incited by the Palestinian Authority, and, unfortunately by a small group of Israeli Arabs and members of the Joint Arab List as well,” he said. 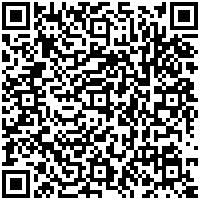