One Palestinian Authority Arab was killed Friday by the IDF during violence in Hebron, according to The PA’s official WAFA news agency.

Ahmad Younes al-Atrash, 29, was shot after he hurled flaming Molotov cocktails at Israeli forces during rioting in the center of the city, according to The Jerusalem Post.

The Palestinian Authority referred to the rioter as a “youth”, and said that al-Atrash was “taking part in a weekly protest against Israeli colonization when he was shot and critically injured by Israeli soldiers.”

The rioter was taken to a nearby hospital for medical treatment, where he succumbed to his wounds.

Security has been increased in Israeli cities on both sides of the so-called “Green Line” to fight a new wave of terror, with 1,000 IDF troops deploy to reinforce Israel Police.

Prime Minister Naftali Bennett and Public Security Minister Omer Bar-Lev agreed Thursday to transfer NIS 181 million ($56.6 million) to Israel Police for the recruitment of 200 additional officers. The money will also be used to purchase 6,500 bulletproof vests, 4,000 helmets and 40 motorcycles, in addition to recruiting volunteers, according to the Prime Minister’s Office. NIS 111 million ($34.7 million) is to be transferred immediately, with the rest transferred by August.

In Jerusalem, some 3,000 police officers are stationed at “hot spots” around the capital this weekend, as the Islamic holy month of Ramadan gets underway this Saturday.

Nearly 400,000 Muslim worshipers were expected to ascend the Temple Mount this weekend for prayers at the Al Aqsa mosque in the compound. Some 35,000 worshipers were at the mosque on Friday for prayers that appeared to have concluded without problems.

Tensions are at their highest point since the start of Operation Guardian of the Walls, the war waged by Hamas against Israel last May, in the wake of a series of three deadly terrorist attacks that have taken place since last weekend.

Eleven Israelis lost their lives to Arab terrorism in the recent attacks, including three police officers.

The IDF and Israel Police launched “Operation Breakwater” on Friday in a counterterrorism campaign that will see police officers deployed throughout the crowded spots and religious centers of the city.

A rare call for 300 reserve Border Guard Police officers was also issued Friday by Defense Minister Benny Gantz, who toured strategic sites and military bases in Judea and Samaria during the day. 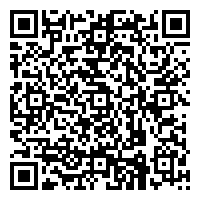