After investing millions to create infrastructure and lay the groundwork for new, modern, legal housing for the Jahalin Bedouin clan, the State has notified the High Court of Justice that it will not evacuate them from illegal settlement clusters within the Maaleh Adumim municipal boundaries.

An appeal submitted by the Regavim watchdog NGO exposed the reason for the collapse of the negotiated agreement with the Jahalin clan to relocate voluntarily: pressure and threats from the Palestinian Authority.


The State of Israel has invested many millions in “West Jahalin,” a modern neighborhood complete with infrastructure and generous residential plots located near Abu Dis, with the intention of relocating – free of charge – some 70 Bedouin families who have been living in dozens of illegal structures within the municipal boundaries of Maaleh Adumim.

In response to a petition submitted by Regavim to the High Court of Justice in 2009, the State was ordered to evacuate the Jahalin families and demolish the illegal structures in which they are living, but not before providing alternative housing. The State then spent years and millions of shekels working on alternative arrangements, and announced that discussions between the Civil Administration and representatives of the Bedouin had resulted in an agreement. The Jahalin clan would relocate voluntarily and build permanent homes on the parcels of land granted to each family, free of charge, in the new neighborhood built for them on State land near Abu Dis.

Last month (December 2017) the Israeli Government made an about-face and announced that at the present time, the State will not enforce the demolition orders, and the residents of the illegal settlement clusters will not be evacuated.

The reason for this flip-flop? The Palestinian Authority has pressured the Jahalin Bedouin not to leave the area they seized, for strategic reasons.

The Adumim Region is part of the Palestinian Authority’s plan to take control of strategic points that fall under full Israeli control under the Oslo Accords (Area C). This plan, also known as the ‘Fayyad Plan,’ targets areas that create a territorial contiguous corridor from Bethlehem in the south, to Ramallah in the north, with which the PA intends to create the basis for a de facto Palestinian Authority state without the need for negotiations, Israeli recognition or agreement.

Following the government’s recent about-face, the High Court denied a motion by Regavim to enforce the pending demolition orders.

“There’s no other way to describe it: Plain and simple, the State of Israel has caved in to Palestinian Authority threats,” says Avi Segal, the attorney representing Regavim.

“This irresponsible and infuriating behavior sends a clear message to building offenders that they can carry on doing as they please. Even worse, it is a shot in the arm for the Palestinian Authority’s plan to seize control of strategic territorial assets.” 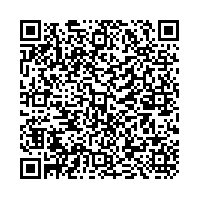