During an interview on the official Palestinian Arab television station on March 12, 2014, the hostess asked her guest, Abbas Zaki, about recent efforts undertaken by Israeli Prime Minister Binyamin Netanyahu. The clip and translation is from Palestinian Media Watch.

Zaki is the Palestinian Liberation Organization’s representative to Lebanon and a member of the Fatah central committee. Fatah, as in the party of the acting leader of the Palestinian Authority, Mahmoud Abbas.


Zaki was a colleague and admirer of Yassir Arafat’s, but today he dresses in a dark three piece suit, with his hair perfectly coiffed, and a maroon tie.

The news hostess wanted to know if Zaki believed that the reason Israel struck out and eliminated three members of the Palestinian Islamic Jihad earlier this week, was that Netanyahu was disappointed in the media and global response to something Israel did last week.

She was suggesting that Netanyahu was pouting because there wasn’t a mass condemnation either in the media or by national and international leaders, in response to Israel’s discovery and disabling of the merchant ship, the Klos C, containing a weapons shipment from Iran and intended for Gaza, for use against Israel.

And in his disappointment at failing to raise support for Israel’s cause, Netanyahu so “he resorted to the Israeli occupation’s traditional method – killing Palestinians, in order to provoke a Palestinian reaction.”

And Zaki, a close friend and colleague of Mahmoud Abbas, jumped right in on cue.

“Netanyahu tried to provoke an uproar” over Iran, both with his “red line” speech and again with the illegal weapons interdiction, but he failed, according to Zaki.

The Israelis “have no beliefs, they have no principles,” Zaki said. “They are an advanced instrument of evil.”

Next, Zaki said that the Israelis always bring up the Holocaust, “fine,” what does that have to do with us?

“Therefore, I believe, Allah will gather them so we can kill them.” Then Zaki leans back in his chair, and gestures with his hands, palms facing forward: “I am informing the murderer of his death.” 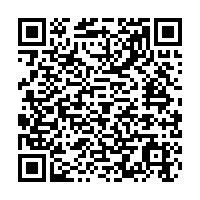