A delegation from South Korea met with officials of the Palestinian Authority and the mayor of Arab village of Sebastia last weekend, as part of a joint venture aimed at turning the Sebastia archaeology site into a “Palestinian” heritage site, according to a report in Makor Rishon.

Sebastia was originally the seat of the Israelite kingdom. The area was purchased by Omri, the sixth king of Israel (approximately 880s–870s BCE), from Shemer, and Omri made it the capital of the Israelite kingdom (1 King: 16:24). The city was captured by the Assyrians in 722 BCE. It was destroyed by Alexander the Great in 331 BCE. The city was destroyed again by Hasmonean (Maccabean) leader and Jewish high priest Yonatan Kohen Gadol (John Hyrcanus) in 107 BCE. In 27 BCE, the site was rebuilt by Herod the Great, the king of Judea. The city was renamed “Sebastia” in the honor of the Roman emperor Augustus.

The Ministry of Local Government in the Palestinian Authority, the Ministry of Tourism in the Shechem (Nablus) Governorate, and representatives from South Korea plan to establish a visitor center in Sebastia and restore the remains of the ancient Jewish city of Samaria to make it an international tourist attraction.

But, the Palestinian Authority Minister of Local Government, Majdi Al-Salah, stated that the purpose of the project is to “strengthen the Palestinian narrative, emphasizing the rights of the Palestinians in their land and refuting the historical claims of the Israeli side regarding ties to ancient Samaria.”

This move joins a series of actions by the Palestinian Authority against historical Jewish sites in Judea and Samaria, in an effort to erase the Jewish connection to the land in ancient times.

The site is currently a national park and is managed by Israel’s Nature and Parks Authority. 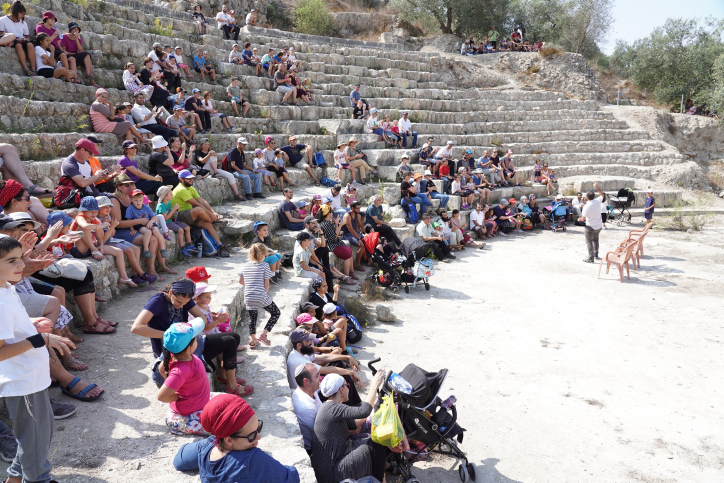 Representatives of South Korea and the Palestinian Authority toured the area of the site, and during the tour, Minister Al-Salah thanked Seoul for its support for the “Palestinian people,” and praised its activities for the fight against the “Israeli occupation” in the international arena.

Yoo-Sung Shin, the head of the South Korean delegation, highlighted the importance of cooperation between the parties, and added that this activity will help bring “the end of the project in an optimal way, in order to preserve the cultural and historical heritage of Sebastia”. Yoo-Sung Shin says his staff will continue to closely monitor the progress of the project.

This is one of many Palestinian Authority projects attempting to erase the ancient Jewish connection to Judea and Samaria and obliterate any trace of the Jewish presence in the land in ancient times.

“This case is doubly serious, as it involves elements from foreign countries, who undermine the sovereignty of the State of Israel,” they said at the forum. “The response to the activities of the Palestinian Authority should be sharp and clear – conveying a very strong message to the countries of the world, that we will not accept hostile interference in what is happening in the territories of the state. A basket of legal tools must also be formulated that will allow the enforcement bodies to prevent the Arab takeover. But the real solution starts with education: Israel needs to include these sites in the school curriculum and maintain a permanent Jewish presence at the heritage sites, which will ensure Jewish control over the place.”

The head of the Samaria Regional Council, Yossi Dagan, warned:

“if the State of Israel does not come to its senses, Jewish history will be erased step by step,” and called on the government to “stop the national disgrace and restore control over the capital of the ancient Kingdom of Israel. We expect the government to guard the site, and to wage a struggle on the ground as well Diplomatic in front of representatives of foreign countries, including inviting the South Korean ambassador to a reprimand conversation on the subject, to stop the political drift led by the PA.” 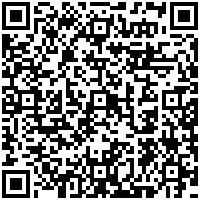