Last Tuesday, Yeshiva University filed a motion with the Supreme Court of the State of New York Appellate Division to grant it the right to appeal a NY State Court December decision compelling YU to accept its Pride Alliance students club.

This is YU’s latest step on its way back to the United States Supreme Court, which back in September denied its request for emergency relief. The Court sent YU back to the state courts where it must conclude the appeals process before it can return only in case the school is unable to “seek and receive neither expedited review nor interim relief from the New York courts.”

YU is eager to go back to the Supreme Court where even today it enjoys the support of four justices who dissented from September’s ruling: Samuel Alito, Clarence Thomas, Neil Gorsuch, and Amy Coney Barrett. All four wanted to grant the school the right to deny the gay students’ club, and so it stands to reason that when YU appeals to the Supreme Court again, after having exhausted its NY State courts’ appeals, or been granted the right to bypass the state appeals process, a fifth conservative justice shouldn’t be hard to find in a Supreme Court that currently leans 6 conservatives to 3 liberals in most of its decisions.

As Jane Coleman of Legal Insurrection explained, an applicant can ask the Supreme Court to grant a stay of a lower court’s decision if it can show clearly that it is likely to win if a review is granted; that it stands to suffer irreparable harm should it be made to wait for the completion of the appeals process; and that the interests of other parties and the public favor it.

According to the YU Commentator, Yeshiva University last September decided to temporarily freeze all undergraduate club activities to avoid granting the gay club’s request as enforced by state courts. The school issued a statement explaining that “considering the upcoming Chagim (Jewish holidays), the university will hold off on all undergraduate club activities while it immediately takes steps to follow the roadmap provided by the US Supreme Court to protect YU’s religious freedom.”

In early November, The Commentator reported that despite YU’s announcement that the Kol Yisrael Areivim Club, a.k.a. the YU LGBTQ club, which had been “newly founded,” “approved,” and “created” by the school did not exist in reality. President Ari Berman told students that the club only exists as a framework that will eventually lead to a club. “This is a framework within which we hope to eventually form a club,” Berman said. 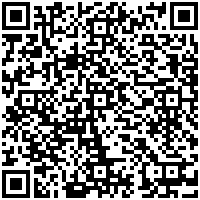