At the start of the meeting, Prime Minister Netanyahu and Chinese Vice President Wang discussed a book that they have read, The Lessons of History by Will and Ariel Durant, in which both Israel and China are mentioned.

Prime Minister Netanyahu and Chinese Vice President Wang also toured an exhibit on Israeli innovation at the ministry, and then addressed the Fourth Israel-China Innovation Conference.

On Wednesday night, the two leaders attended the Prime Minister’s Conference on Innovation, held in the capital at the Orient Hotel. 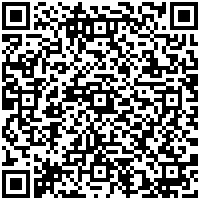