The ad – which the group sought to run on 318 city buses for four weeks, at a cost of about $25,000 – states: “In any war between the civilized man and the savage, support the civilized man. Support Israel. Defeat Jihad.”

The American Freedom Defense Initiative, which is headed by blogger and critic of political Islam Pamela Geller, sued the MTA in September 2011 for rejecting the group’s sharply-worded advertisement. The MTA claimed the ad violated its advertising standard, which prohibited ads that “demean individuals or groups based on race, religion or other protected categories.” The MTA offered the group the opportunity to revise the ad, but it refused, and instead filed suit claiming that the MTA’s “no-demeaning” standard violated its First Amendment rights.

Judge Paul A. Engelmayer of the Federal District Court in Manhattan, stated that the ad was “not only protected speech — it is core political speech,” and ruled that the ad “is afforded the highest level of protection under the First Amendment.” He found that the no-demeaning standard had the effect of discriminating against advertisers based on the content of their intended message.

The judge granted a preliminary injunction barring the MTA from enforcing the standard, but said it would only take effect in 30 days, to permit the MTA to evaluate its legal options and consider alternatives to its current advertising standards.

The MTA said in a statement that it was “evaluating its existing advertising standards in light of the court’s ruling.”

An article on albawaba.com said that the case is “sparking much concern that Islamophobia in the United States is being allowed to grow and has found support in the judiciary.” Omar Makram Radwan, a Muslim-American and CUNY student, was quoted on Bikyamasr.com as saying:“This sort of hate speech is now being tolerated by judges and as Ramadan hits it is very unfortunate. People are angry.”

Radwan warned that if the ads going up “there will be widespread anger and protests against what to almost all common person is blatant hate speech against Muslims and Muslim-Americans.”

In response to the decision, Geller wrote on her blog, Atlas Shrugs: “Any war that targets innocent civilians is savage. Period. These ‘irate’ Muslims sanction jihad and Jew-hatred. That is what they are saying.

“I never see US Muslims marching against jihad. Or supporting Israel’s right to exist.” she continued, “Where are they? Instead, they issue threats if our ads go up. And, brother, are they going up.” 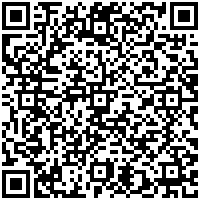