In a scene that paralleled the London Bridge attack two weeks ago, in which eight pedestrians were killed, one man was killed and 10 injured when a van drove into a crowd of Muslims outside the Finsbury Park mosque in London, local media reports.

Prayers had just ended at the mosque, and dozens of worshippers were exiting when the vehicle crashed into the crowd filing out Seven Sisters Road around 12.15 AM local time Monday.

The crowd apprehended the van driver, described as a white man with black hair, who was arrested as the Metropolitan Police continue their investigation of the attack.

A police spokesperson issued a statement saying: The spokesman continued: “The driver of the van – a man aged 48 – was found detained by members of public at the scene and then arrested by police in connection with the incident. He has been taken to hospital as a precaution, and will be taken into custody once discharged. He will also be subject of a mental health assessment in due course.”

“A number police units are at, and managing the cordons around, the crime scene, including local officers and those from neighboring boroughs – supported by armed officers and the Territorial Support Group,” the police statement continued. “The investigation of the incident is being carried out by the Counter Terrorism Command. At this early stage of this investigation, no other suspects at the scene have been identified or reported to police, however the investigation continues.”

Harun Khan, Secretary-General of The Muslim Council of Britain (MCB) tweeted that he was “shocked and outraged to hear a van has intentionally run over worshippers leaving #Ramadan night prayers.”

Prime Minister Theresa May said it was a “terrible incident,” saying, “all my thoughts are with those who have been injured, their loved ones and the emergency services on the scene.”

According to BBC, “Finsbury Park Mosque has long been synonymous with the worst fears about Islamist extremism in Britain. The mosque’s new leadership have been struggling to reclaim it for the local community – but that struggle raises questions about who runs mosques in Britain.”

According to the Telegraph, “The Finsbury Park mosque was long known to have served as a clearing house for radical Muslims after Hamza arrived as imam in 1997. His hate-filled rants inspired attendees such as Richard Reid, the failed ‘shoe bomber,’ Zacarias Moussaoui, one of the 9/11 terror plotters, and Mohammed Sidique Khan, one of the four suicide bombers who blew themselves up on public transport in London on July 7, 2005.” 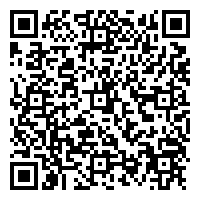