Senior Hamas officials and the movement’s spokesmen have been saying that preparation for a new war with Israel continues day and night, above and below ground, and will not be interrupted because of the deaths of seven tunnel diggers. They insist that these deaths are a natural cost of the conflict with Israel, and that as long as there’s resistance there would be casualties.

At least four Israeli families from the community of Pri Gan, some three miles from the Gaza’s southern border, have reported hearing sounds of digging under their homes, and feeling their floors vibrating. The head of the Eshkol Regional Council, Gadi Yarkoni, who lives in Kibbutz Nirim, about one mile from the border, even made recordings of the digging sounds.


The Hamas military wing announced Thursday that seven of its fighters were killed when a tunnel collapsed in the northern Gaza Strip on Tuesday. “Al-Qassam Brigades mourn the death of seven Qassam members who were [killed] during their work inside resistance tunnels in Gaza,” the Izz al-Din al-Qassam Brigades posted on their Twitter account.

According to Ma’an, Hamas security sources had previously said in a statement that more than 10 fighters were in a tunnel when it collapsed due to heavy rain on Tuesday. The Qassam Brigades said the fighters had been working on rebuilding the tunnel at the time of the accident.

The fate of the remaining fighters is yet to be revealed.

Earlier in January, an al-Qassam member was killed by an electric shock in a tunnel in the southern Gaza Strip.

The Institute for Palestine Studies reported in 2012 that Hamas authorities counted 160 deaths inside the tunnels since the Israeli blockade began in 2007, and in August 2014 al-Jazeera reported 400 dead.

Coordinator of Government Activities in the Territories (COGAT) head Yoav Mordechai has threatened that the Gaza crossings would be closed if it turns out Hamas is recruiting people exiting Gaza for “terrorism purposes.”

“It seems that Hamas is preparing for another military offensive and has no interest in serving the needs of the population in the Strip. This situation will eventually cause the closing of the crossings and the cessation of exits from Gaza,” Mordechai said. 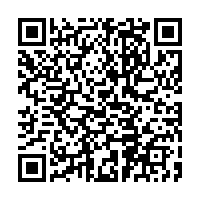