The Israeli Ministry of Health announced Tuesday that scientists have discovered an Israeli “blue and white” mutation that developed within the borders of the Jewish State.

The new mutation has been named P681H.


Ministry researchers are examining the mutation and its effects, a spokesperson said, but thus far initial findings indicate the new mutation is not more dangerous or contagious than those discovered elsewhere to date around the world.

According to a report by Hebrew-language journalist Yollan Cohen at Israel’s Channel 2 television news station, people who have sick with the COVID-19 P681H mutation have been diagnosed in Be’er Sheva, Ashdod, Netanya, Haifa and Tzfat.

Approximately 180 patients were diagnosed with the mutation in clinical tests, but it is believed that more Israelis have been infected although not diagnosed, since P681H seems to affect some people in a minimal way, as does the original SARS-CoV-2 COVID-19 virus. 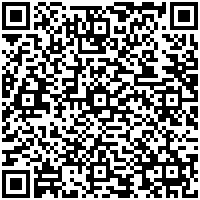