The Israeli spring tourism season is open for business in a big, big way; Israelis left little room for international visitors as the Passover holiday got started, even if the government has loosened border restrictions and allowed arrivals from the rest of the planet.

Tens of thousands of Israelis have flocked to national parks, nature reserves, zoos and other tourism sites across the Jewish State for the first time in more than a year.

Thousands of Israelis participated in the Birkat Kohanim (Blessing by the Descendants of Jewish Priests) ceremony at the Western Wall on Monday, and thousands more attended the second ceremony on Tuesday. Daily tours of the nearby Temple Mount compound are also being offered all this week by the Temple Mount Heritage Foundation.

Musicians, hungry visitors and a plethora of happy shoppers spent hours entertaining each other in the Ben Yehuda pedestrian mall in downtown Jerusalem.

Holiday mood in Jerusalem is ON! pic.twitter.com/QcO6AzQBkH

The Dead Sea area hotels at Ein Bokek that had the foresight to offer special deals and announce their readiness to accept Israeli tourists were similarly busy.

Israelis who could not afford a stay at a hotel hopped into their cars and traveled to the Dead Sea instead to enjoy the balmy air, the glittering new Dead Sea Mall and top-quality kosher-for-Passover ice cream. Restaurants at the glitzy mall were busy from morning to closing time with hungry diners, all seated with appropriate social distancing, and the parking lot was so packed that people were being turned away.

For several hours on Monday, harried parking lot attendants at the Dead Sea Mall simply waved away incoming traffic, repeating over and over, “There’s just no more room. Sorry. No entrance right now, NO. MORE. ROOM.”

Tourist sites all along the Dead Sea shore road (Route 90), traveling from south to north — from Masada to Ein Gedi to the lesser-known Dead Sea Springs with their small but beautiful sweet water springs, plus all the wadis (riverbed hiking sites) interspersed in between — were also packed. There was no parking available at most of the sites for much of the day, unless one was smart enough to hang around and wait for a tourist to free up a spot along the road.

At the northern entrance to Ein Bokek at the southern end of the Dead Sea where the hotel strip begins, the camp site was filled with little space-age tents, guitars and bathing suit-clad Israelis out in force, and children’s kites soaring up into the sky above.

“Nice to see a child’s kite being used for its intended purpose for a change,” Michal J. commented wryly to JewishPress.com, adding her relief that so far, at least, Gaza’s ruling Hamas terror organization seems to be more busy with COVID-19 than with leading attacks at the border.

But Israel’s National Security Council has warned citizens against traveling to the recent popular new tourist destinations for Israelis, the United Arab Emirates, Bahrain as well as a number of other countries. The NSC cited recent threats by Iranian leaders and the targeting of the Israeli Embassy in New Delhi this past January as evidence that the danger is real, and that Israelis are likely to be targeted outside the country.

For now, at least, most of the Israeli tourism still seems to be aimed at domestic destinations. Helping get blue-and-white business owners back on their feet is a good way to kickstart Israel’s economy regardless of which destinations Israelis choose next time around, in about three and a half weeks, for the Jewish holiday of Lag B’Omer. 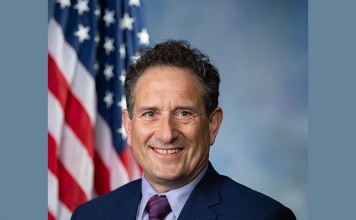 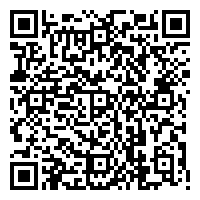