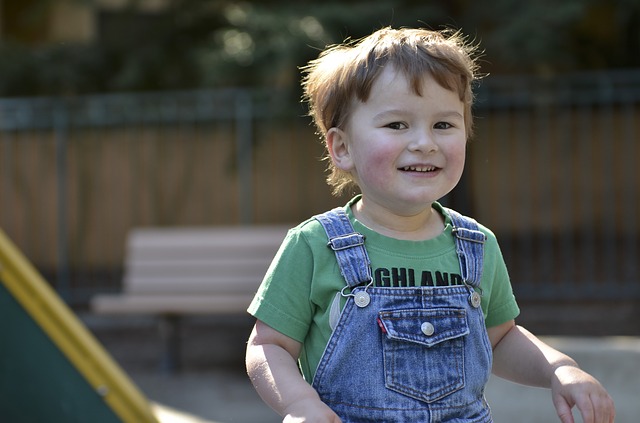 Findings from two recently-published studies show that symptoms associated with autism can be identified as early as the first year of life and that early detection allows for therapeutic intervention from as early as the beginning of the second year of life.

The studies, conducted by Dr. Hanna A. Alonim, from the Mifne Center for Early Intervention in the Treatment of Autism and the Weisfeld School of Social Work Continuing Education Unit at Bar-Ilan University, along with partners Dr. Ido Lieberman, Giora Schayngesicht, Dr. Hillel Braude, and Dr. Danny Tayar, were recently published in the International Journal of Pediatrics & Neonatal Care, (December 2021).


The first study focused on early detection of autism based on video recordings of infants, and the second compared the impact of therapeutic interventions that began at two different stages in life. Together the articles highlight the prospects of diagnosing autism before the age of one year and improving the progress of those diagnosed through early therapeutic intervention.

In Israel, autism is generally diagnosed at the age of a year and a half, which is considered early compared to Western countries. In other countries, the average age of diagnosis is two-and-a-half years, which significantly delays intervention treatments and may increase the severity of symptoms.

In the first study, carried out at the Mifne Center over a decade, the researchers examined at what stage in infancy first signs appeared which could raise suspicion of the development of autism. One hundred ten boys and girls from Israel, the United States, and Europe participated, all of whom were diagnosed with autism between the ages of two and a half and three. Parents recorded videos of their infants from birth throughout the first year of life. Experts in infant development who had never met the babies watched the videos and were asked to pinpoint behaviors that deviated from typical development. They found that in 89% of the infants’ symptoms could be observed from the age of four to six months, but most parents didn’t know how to interpret the developmental significance of these signs or expected that some of the signs they noticed would work themselves out later. Initial findings of this study were published in the Israeli Journal of Pediatrics, vol. 76, in 2011.

Signs linked to autism identified were lack of eye contact, lack of response to parents’ voice or presence, excessive passivity or, alternatively, excessive activity, delay in motor development, refusal to eat, aversion to touch, and accelerated growth of head circumference. All signs were rated according to frequency and later the simultaneous appearance of several signs was evaluated to provide a more accurate diagnosis.

Since proven empirical biological tools for diagnosing autism do not yet exist, early detection through behavioral observation is of great importance, as this is how treatment can be started early in life. Following this study, a screening tool known as ESPASSI© was developed by the Mifne Center to detect infants at risk for autism and used as a pilot at Ichilov Hospital.

The second study compared two age groups diagnosed with autism who were treated at the Mifne Center: one group included 39 toddlers treated in the third year of life; the second group 45 infants treated in the second year of life. The intervention began as intensive care for three weeks at the Mifne Center and continued as an aftercare treatment for six months in the children’s homes through therapists who graduated from the Mifne training program at Bar-Ilan University. The treatment was based on the bio-psycho-social approach and implicitly included not only the infants but also parents and members of the nuclear family. The interventions addressed the physical, sensory, motor, emotional, and cognitive aspects of development, and focused on developing attachment and leveraging infants’ abilities out of curiosity and enjoyment.

The intervention was delivered to two groups of boys and girls diagnosed with autism – infants aged one to two years and toddlers aged two to three years. Their behavior was divided into four clusters: emotional involvement, play, communication, and functioning. Each cluster included several behavioral components, measured before and after treatment, and compared between the two age groups. Both groups showed progress in all development components, however, the younger group showed significantly distinct statistical improvement compared to the older group. This study, also conducted over a decade, confirms the ability of infants to improve in a short period, due to the dynamics of neuronal growth in the brain, which forms a network of nerve cells that controls the motor, sensory, emotional, and cognitive functions.

The findings of the two clinical studies conclude that reducing the time between early detection and early therapeutic intervention may very significantly reduce the severity of lifelong developmental deviation. Moreover, further studies indicate that a state of constant parental worry or anxiety brings the family into a kind of vicious circle that has a significant effect on the baby’s development. Early intervention may alleviate anxiety and give parents appropriate tools to cope on the one hand and advance their children’s development on the other.

“Decades of neural, cognitive, and behavioral research affirm that the human brain undergoes its most substantial and maximal development in the early postnatal years. These two studies confirm that there is a window of opportunity and it makes complete sense that early detection and intervention will affect neuroanatomical development components at a stage that is most influential for the rapidly developing brain, even to the extent that the full-blown manifestation of autism can be prevented from escalation. Therefore, bridging the gap between early detection, assessment, and intervention is crucial for the future of an infant at risk,” concludes Dr. Hanna A. Alonim, who led the studies. 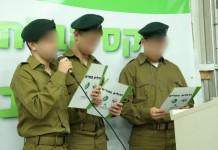