The government will ask the High Court of Justice to postpone the evacuation of the illegal Arab outpost of Khan Al-Ahmar, even though the Court said it would not grant such an extension.

In July, The High Court granted the government yet another extension, for a month, requiring a response to Regavim’s petition demanding the removal of Khan al-Ahmar by 5 September, but stressed that this would be the last time.


The most recent round in the Khan al-Ahmar case is the sixth petition submitted by the Regavim Movement, which monitors and combats illegal Arab construction and land grabs, demanding the evacuation of the illegal squatters’ camp.

In 2018, the Israeli government gave a commitment to the High Court that Khan al Ahmar would be evacuated, but since that time the state has requested a number of extensions, citing a long list of excuses.

The Foreign Ministry stated Saturday that based on “diplomatic considerations,” it will ask for an extension.

However, it appears that the High Court has lost its patience and July’s ruling granted a short extension but made it clear that it was the last such delay.

The Regavim Movement, which has been demanding law enforcement against the illegal squatters’ camp at Khan al Ahmar for over a decade, stated that “under no circumstances should law enforcement policy in the State of Israel be dictated by pressure exerted by foreign governments. This is a perilous, slippery slope that erodes Israeli sovereignty.”

Meir Deutsch, Director-General of Regavim, noted that the Foreign Ministry is not a party to this case and is not a respondent to the High Court of Justice petition, and only Prime Minister Naftali Bennett and Minister of Defense Benny Gantz are named as defendants.

After severely criticizing Benjamin Netanyahu for his inaction on the removal of the illegal Arab outpost of Khan al-Ahmar, Bennett is seeking to further postpone the evacuation, adopting the same line of the Netanyahu government.

In all of its recent campaigns, Bennett’s Yemina Party explained that Netanyahu had to be replaced in order to properly fight the Palestinian Authority’s takeover of Area C in Judea and Samaria, to stop the loss of state land in the Negev to Bedouin squatters, to restore the rule of law to the Galilee and the Negev, and to evacuate the illegal outpost known as Khan al Ahmar.

Bennett’s coalition partners, including Ayelet Shaked, Zeev Elkin, Avigdor Libermna, and Yoaz Handel, were also very loud with their criticism of Netanyahu’s policy, but are doing exactly what he did, and for the same reason – a fear of a diplomatic clash with Europe. 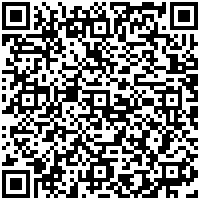