Prime Minister Benjamin Netanyahu announced Monday night in remarks broadcast from the official prime minister’s residence – where he remains in quarantine – that Israel will enter another “full lockdown” over the seventh and final day of the Passover holiday, similar to the Seder Night lockdown of last week.

The lockdown is to last 36 hours, continuing on into the subsequent Mimouna celebration that begins immediately following sundown as the Passover holiday ends.


The curfew is to begin at 5 pm Tuesday and will continue until 5 am Thursday – Mimouna morning, the celebration observed by North African Jews.

Israelis will not be allowed to leave their communities, which will be in full lockdown, although stores providing essential supplies will be open for business.

Negev City Already in Lockdown
The northern Negev city of Arad had already implemented a full lockdown as of Monday morning, however; residents received text messages saying the gates to their city once again were closed at every entrance except one.

“At the main entrance to the city, there is now a joint police and municipal police checkpoint for the supervision and control of those entering the city. We would like you to adhere to the health guidelines that are currently in force: Prohibition of leaving home over 100 m, a ban on travel except for essential workers and those transporting equipment. Requirement to wear face masks. Only then will we maintain our health,” the message said. Teams of volunteers up to age 55 were recruited to distribute food packages and other supplies to older city residents as well.

PM: Lockdown Important, Reinfection Seen Abroad
The prime minister underlined in his remarks that Israel continues to be one of the safest countries in the world dealing with the COVID-19 pandemic.

The prime minister said the nation’s rate of infection from the novel coronavirus virus is down from 22 percent to just four percent per day – a significant drop, he said – and called on Israelis to continue to comply with the current restrictions issued by the Health Ministry, as difficult as it might be.

He warned there is new information coming out of South Korea indicating there are cases of the virus in which those who recover from the virus have become “re-infected.”

As a result, Netanyahu urged caution when talking about when the country would allow things to get back to “business as usual,” and said he would reveal an economic plan to address the needs of small businesses and the unemployed by the end of this week, after the Passover holiday.

“We have come out of crises before, and I will make sure that we do so again,” Netanyahu said.

No Unity Deal Yet, Hopes for Best
As for his efforts to reach a deal with Blue & White faction leader Benny Gantz, Netanyahu acknowledged that “unity talks” have not yet yielded any commitments, but said he hoped there would be good news by midnight — the deadline at which the mandate for forming a coalition government must be returned by Gantz to President Reuven Rivlin.

Earlier in the day the talks between the two men had reached another dead end. The ongoing stalemate had resulted in nearly a year’s worth of paralysis in the Israeli electoral system.

“We are investing great efforts, this evening as well, including during the entire day, in establishing a unity government,” Netanyahu said. “We hope that we will succeed… “We will continue to make every effort to achieve the unity that the country needs so much at this time.

“Citizens of Israel, before the seventh day of Passover, I again wish you a healthy holiday, a kosher holiday and – to the extent possible – a happy holiday.

“From the depths of my heart, I thank the medical crews, the doctors, the nurses, our dear soldiers, the security forces and all of the volunteers who are showing exemplary humanity and good citizenship. 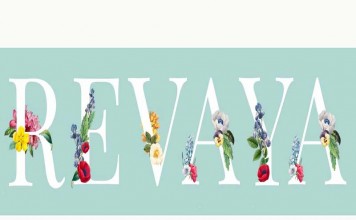 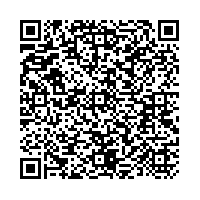