Between 1978 and 2006, the former president of Israel’s Supreme Court, Justice Aharon Barak, commanded a vigorous and impudent effort to raise the judiciary, especially the Supreme Court and the High Court of Justice, above the other two branches of government––the Knesset and the government––through intricate rulings, ever-increasing power grabs and installing his agents as legal counselors in all the government ministries––to the point where, despite the shrinking political power of the old leftist elites that established the state of Israel 75 years ago, Justice Barak’s clique of dedicated judges continued and even increased their tyrannical hold on the country’s legal system, and its legislator and executive branches.

A little after 8 PM on Wednesday, Justice Minister Yariv Levin took the podium at the Knesset in front of all the media outlets in the country and announced a series of moves that, in a relatively short time, could be weeks, would bring down Barak’s entire magnificent array of sandcastles, returning Israel to the sanity of the days when justices ruled based on the law, and not on what they believed the law should be.

“Time after time, people we didn’t choose make decisions for us – this is not democracy,” Minister Levin told a nation that has been yearning for these changes. It was one of the reasons the voters kicked the former center-left government out to the curb.

Levin quoted the late PM Menachem Begin, who was the godfather at his circumcision, who made the famous statement: “There are judges in Jerusalem,” meaning a strong Supreme Court was essential to the health of a democratic state. “But there’s also a Knesset and a government,” Levin said, “And they are the clear expression of the people’s choice.”

Here are the initial four changes Levin is going to submit to the Knesset in the coming days:

Yariv Levin, 54, is slender, decisive in his motions, highly focused, and chronically serious. Just the type of no-nonsense jurist you want in your corner. He went to Boyar High School in Jerusalem, served in the IDF Intelligence Corps, and got his law degree from Hebrew University. Before entering politics, he practiced civil-commercial law. Again, exactly the guy you want to represent you in your battle with overbearing judges.

The initial reform he presented Wednesday night was only the tip of the iceberg. There’s so much more junk that Justice Barak has hoarded on what used to be the nice clean rugs on the wooden floors of the nation’s courtrooms. It’s been reported that Levin refused to take the job of Justice Minister if Netanyahu was going to be getting in his way. He warned the PM that he won’t hesitate to walk if Bibi would, you know, be Bibi.

Levin has many friends today inside his party, but also outside, over at the Religious Zionism corner. Minister Bezalel Smotrich and MK Simcha Rothman issued a congratulatory note Wednesday night:

MK Rothman, who chairs the Knesset Constitution Committee, said he and his committee are ready to support Levin’s legislation any way they can, God willing.

I’ve been voting regularly for more than 40 years, I won some and lost some, but I must share with you that I’ve never been happy with my vote as I am today. God bless you, Minister Levin, and God bless all the judges in Jerusalem. 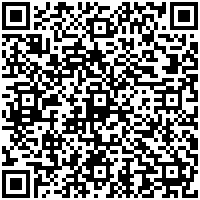