The special session of the Knesset Interior Committee welcoming its new chairman, Ra’am MK Walid Taha, was ruined by Otzma Yehudit Chairman MK Itamar Ben-Gvir (The Jewish Press Man of the Year 5781). It began with MK Taha’s election by a margin of 7 to 1 (guess who) and continued with an enraged “welcome” diatribe by Ben-Gvir.

On September 6, 2021, following the mistaken killing of Arab youth Eyad al-Hallaq, Arutz 7 reported that Taha had stated: “The Palestinians, unlike the Jews, own this land, and did not come here from Russia and Ukraine. Eyad’s curse will haunt them until Judgment Day and will expel the occupation. The Palestinian people will enjoy freedom and security on their land. Eyad’s killer is a coward and he shoots people because he does not belong here and his presence here is illegal and therefore he acted out of madness. The executions carried out by the occupation police on the ground attest to their dirty morals.”


In 2019, Taha posted: “Since the Zionist movement launched its brutal racist project more than a century ago, murder, deportation, demolition, discrimination, racism and barbaric abuse of land rights have been the most prominent behaviors of this hate project.”

MK Ben-Gvir addressed the committee, saying: “I’m ashamed of this day and sorry to spoil the celebration, but someone here needs to tell the Members of the Knesset what this person said about terrorists who murdered our soldiers, our children – that the security prisoners are freedom fighters, ideological prisoners, prisoners of conscience.”

Ben-Gvir turned to Chairman Taha and said: “How can it be that you were appointed chairman of the Interior Committee? You refused to condemn Hamas, refused to condemn a terrorist organization. You comforted terrorist families in Umm al-Fahm after the Night of the Pitchforks. You identified with terrorism, you said that Jerusalem is Palestine and issued your support for Syria. It’s a joke at our expense that you are the chairman of the Interior Committee, your place with [captured fugitive Hams commander] Zakaria Zabeidi.”

MK Ben-Gvir then turned on MKs who were giggling in response to his painful rebuke and said, “Shame on you, Knesset members who lick the backside of terrorism.”

The Night of the Pitchforks took place on February 14, 1992, when Israeli Arabs from the Wadi Ara area, members of Islamic Jihad, infiltrated an IDF boot camp near Kibbutz Gal’ed, in the Menashe Heights, and killed three soldiers.

The killers were eventually caught by police after intelligence pinpointed the house where the weapons were hidden. When the police reached the house, they found a concrete wall that was not yet dry, arousing their suspicion. After digging up the concrete they found the murder weapons – pitchfork, knives, and axes which had been used by the killers. After examining the weapons, an investigation led police to the killers themselves. The killers freely admitted their guilt, showed no remorse and claimed to be serving Islam in a holy war against the infidels. On April 29, 1992, they were sentenced to life imprisonment and did not appeal their sentences. 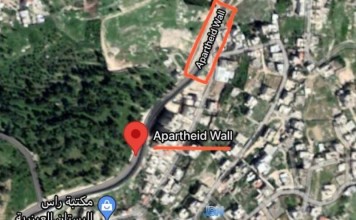 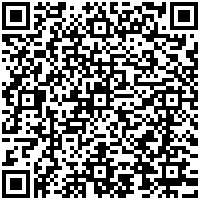