Yisrael Beiteinu chairman Avigdor Liberman estimated on Sunday morning that there is a reasonable chance the Lapid-Bennett coalition government would be formed this week, saying, “I don’t think the gaps are big.”

“If this coalition is formed, it will be thanks to Netanyahu,” Liberman told Reshet Bet radio. “All the people in it have worked alongside him and since then they have learned not to trust him.”


Liberman was referring to himself, as well as to Yamina leaders Naftali Bennett and Ayelet Shaked, and New Hope’s Gideon Sa’ar and Ze’ev Elkin.

According to reports, negotiations for the formation of the Bennett-Lapid government gained significant momentum on Saturday night. The negotiating teams of Yamina and Yesh Atid sat together until the wee hours of the night. Bennett and Lapid’s aim is to close the coalition agreements with the various partners by Monday and present a government to a Knesset confidence vote later this week.

Another factor pushing for the rapid closure of the agreements on the next government may be the powerful attacks on Bennett and Shaked by the Religious Zionist Party led by Bezalel Smotrich and Itamar Ben Gvir.

Smotrich issued a scathing message on Sunday morning, saying: “Friends in Yamina, you have all heard in your synagogues on Shabbat how much the public dislikes Bennett’s actions. It’s your time to make clear to him where you draw your red lines. Continuing to follow him does not increase your honor.”

Such a powerful attack inevitably forces Yamina’s leaders to sign an agreement with the left as soon as possible, because they would certainly not be able to withstand such attacks for another week or more.

On Saturday, there were protests with Israeli flags in front of Shaked’s house and the house of Yamina MK Nir Orbach.

On Sunday morning, Yamina chairman Bennett, who according to recent reports will be the first prime minister in the emerging rotation government, convened members of the Yamina faction for an urgent meeting at his offices in Ra’anana, according to News 12.

Bennett summoned the first 20 members on Yamina’s election slate (only 7 of whom made it to the Knesset), which is unusual because the weekly faction meeting is scheduled for Monday. The subject of the meeting is the formation of a government with the left-wing parties, and coming up with a uniform party line to contain objections that have begun to emerge within the leadership.

Yamina MK Amichai Shikli, who announced last week that he intends to oppose a partnership with left-wing parties, informed the party secretariat that he would not attend the Ra’anana meeting, to “let the dust settle, calm everybody down.”

On Friday, Bennett clarified his intentions regarding the formation of a government, saying: “I think it is needless to say that I am willing to go far and pay a personal political price within my base as long as a government is formed.”

Another step that Bennett and Lapid will attempt to promote quickly is the replacement of the Speaker of the Knesset, Yariv Levin of Likud, to deprive him of the means of delaying the formation of the new government.

Overnight Sunday, quite a few agreements were reached between Yamina and Yesh Atid, but there are still significant disagreements over the distribution of portfolios, especially with the Labor Party. In response, one senior negotiator told Kan 11 News that if Labor continues to be difficult it would remain outside the new government, also suggesting he didn’t believe Labor would dare to overthrow the new government.

MK Itamar Ben Gvir from Religious Zionism said on Sunday that he was still hoping that a right-wing government would be formed and added: “If Bennett cuts to the left he’ll be making the mistake of his life.”

Ben Gvir noted that together with Smotrich he had been able to prevent the formation of a Likud-led government with the Islamist Ra’am party, noting: “Now it’s Bennett’s turn to abide by the principles he has promised the public.” 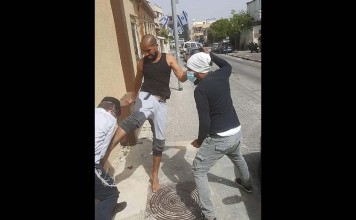 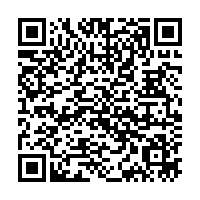