For many, long minutes, Reshet Bet radio hosts Assaf Lieberman and Kalman Liebskind on Sunday morning tried to get Yamina’s Minister of Religious services Matan Kahana to answer a simple question: are the Arab members of the new coalition supporters of terrorism or not. Kahana evaded, twisted, and swerved, but in the end did not answer.


In the interview, Liebskind, who leans right, and Lieberman, who leans left, told Minister Kahana: “You went to the Central Election Commission three months before the government was formed. You voted in favor of rejecting the candidacy of Ibtisam Mara’ana (Labor) for the Knesset. You claim that she both supports terrorism and rejects the State of Israel as a Jewish state. A few months later, you gave her the chairmanship of a Knesset committee.”

Liebskind went on and reminded Kahana: “You went to the Central Election Commission and voted in favor of rejecting the entire list of Ra’am, again, claiming that they both support terrorism and reject the existence of the State of Israel as a Jewish state. And then, also, three months later, you signed an agreement with them and gave them the chairmanship of a Knesset committee.”

The host asked: “I’m trying to understand just one thing. Do Ra’am and Ibtisam support terrorism or not?”

Kahana deflected: “Kalman, this government was not our dream government. Even in our most hallucinatory dreams, we did not think we would reach a reality resembling the formation of such a government. Politics is what you can do, not what you want to do.”

Liebskind pressed on: “Are Ibtisam Mara’ana and the members of the Ra’am list supporters of terrorism as you told the Election Commission only seven months ago, or not?”

Minister Kahana deflected a second time: ” Ibtisam Mara’ana and the members of the Ra’am list will not become Zionists. They have their positions, but they decided to give a chance to a unity government. In the end, that’s what matters now.”

Assaf Lieberman intervened and asked Kahana: “There’s a gap here that needs to be straightened out. Not only were you not willing to sit with them in a coalition, you thought that these people did not deserve to serve in the Knesset of Israel. Did they stop being supporters of terrorism as you claimed then, because of their willingness to sit with you in the coalition?”

Kahana evaded the question for the third time and answered: “The Ra’am list came and said that now, in the situation that had come up, they are putting these things aside to address the civic needs of the Arab citizens of the State of Israel and they have given this thing a chance. And I think that, in view of that statement, it was right to give them a chance to form this government, because the other choice was the terrible choice of going to a fifth election.”

Liebskind interrupted Kahana and said: “I did not ask about the dream team. I ask a terribly simple question. You, Matan Kahana, went to the Central Election Commission. You pointed at Mara’ana and said ‘She supports terrorism.’ You went to the Central Election Commission and pointed at the entire Ra’am list and said, ‘Disqualify them because they are all supporters of terrorism.’ Seven months have passed. I ask you only one question. Are they still supporters of terrorism or are you regretting what you said and should apologize to them?”

Liebskind cut him off: “I did not ask who supports the government. You went to the Central Election Commission and said they were supporters of terrorism. I ask if today you think differently.”

Kahana deflected yet again: “The people with whom I sit in the coalition are people who have currently chosen to work for the Arab citizens of Israel. I think these people, who are sitting with us in the coalition, made the brave decision by being willing to make that move. These people have decided to prioritize a solution to the problems of the Arab citizens of Israel at the moment.”

This stalemate didn’t change for the duration of the interview. The minister’s humiliation eventually ended because it was time to go to commercials, at which point they must have given him a new pair of pants to replace the one that went on fire. 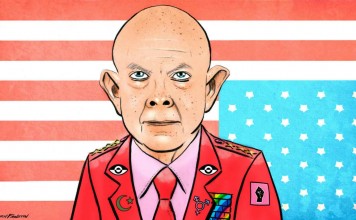 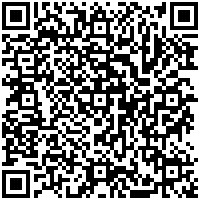