The Israeli team of 125 doctors, nurses, and logistics officers arrived on the Philippine island of Cebu on Thursday night and started treating victims of Typhoon Haiyan on Friday.

Beyond seeing some 300 patients each day and helping to bring more than a dozen babies into the world, the medical professionals are operating together with local doctors in an attempt to share Israel’s specialized medical knowledge.


For example, a man showed up very early in the morning at the field hospital with a stab wound in his chest. The circumstances behind the injury were not clear.

“He needed a chest drain which is a simple treatment but they simply don’t do it in the local hospitals here,” Lieut. Col. Ofer Merin, the medical manager of the IDF hospital told The Media Line in a conference call from the Philippines.

“I’m not sure what would have happened to him if we weren’t here, but now there’s no question that he’s going to make it. Sometimes it’s a question of being in the right place at the right time.”

Merin is the deputy director of Shaare Zedek medical center in Jerusalem and a cardiac surgeon. He said the hospital is set up to do surgery and that, as much as possible, doctors will do surgery together with a Filipino colleague, in hopes of leaving knowledge behind once they leave.

So far, the team has helped 14 women give birth, including the first baby believed to be born since the disaster, named Israel.

“We are seeing women with due dates a month or six weeks away,” Lieut. Libby Weiss, of the IDF Spokesman’s Unit, who is also in the Philippines told The Media Line. “We came with five obstetricians, incubators and other equipment. We will leave as much of the equipment here as we can.”

Merin, the medical manager, said the team has 22 physicians and 15 nurses as well as dozens of logistical support personnel. The Israelis participating in the mission are either doing their mandatory army service or are in the reserves, as he is. One logistics officer left for the Philippines just two days after his wedding.

Merin said they set up camp in a small local hospital that had been damaged but not completely destroyed. He said the two or three doctors on each shift who are responsible for providing medical care for 250,000 people at the Israeli field hospital are reporting seeing three types of injuries.

“Some of them are directly from the typhoon and many of them are relatively minor injuries but if they are not treated they could become infected and the patients could die,” Merin explained.

“We are also seeing chronic illness that had been under control but are now getting worse because of the lack of water and medicine. In some cases we are also seeing people who have serious illnesses like advanced cancer and had not received medical treatment.”

Israel has considerable experience with such disasters and maintains a special army unit that is prepared to deploy with minimal notice as it did to great acclaim in Haiti in 2010 and Japan in 2011.

“We bring everything we need with us including food, medical supplies, generators and even gas for our cars,” Merin said. “In Haiti, nobody could move around because there was no gasoline for their cars. We brought it with us so we could move.”

He said word that the Israelis had arrived in Cebu spread quickly, with lines of would-be patients seeking treatment already forming by 5 a.m. Merin said officials have not yet determined how long the Israeli contingent will stay, but in past situations, it remained for two weeks. He estimates it will be about the same this time.

Closely following the news from the Philippines are the 30,000 Filipinos who are working as caregivers in Israel and who maintain a close-knit community organized around the Catholic Church.

At the Rosary Sisters Church in Jerusalem, several Filipinos have organized a drive to collect money, clothing, and school supplies to send to the Philippines.

Esti Tuazan, 34, who has been working as a caregiver for an elderly man in Jerusalem for the past eight years is spearheading the collection efforts. 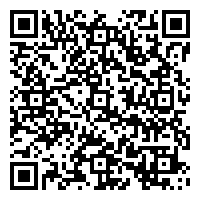