Reports cite that the new stadium will already open later this year. It will service the 1,350 active football players in Israel.

“This initiative originated from Israelis and Americans who simply wanted to play football,” Israel Football League CEO Betzalel Friedman told Tazpit Press Service. “But interest grew quickly. Football is a great opportunity to create bonds between teammates from all backgrounds.

“Our teams have to search high-and-low for practice fields during the football season. The shortage of proper fields has limited the quality and popularity of the game in the country.”

The football field is being built in cooperation with the Jerusalem Foundation, Moriah – Jerusalem Development Corporation and Israel’s Sports Betting Authority, according to a report in Algemeiner.

In related football news, a delegation of 11 NFL football players are heading to Israel next week for a visit set to commence on February 13.

“I see great importance in the arrival of this delegation of NFL stars to Israel. I have no doubt that their visit will be a powerful experience for them and I hope that, through their visit, they will get a balanced picture of Israel,” said Minister for Strategic Affairs and Public Diplomacy Gilad Erdan. 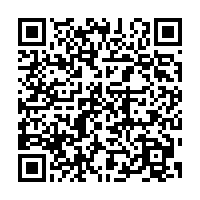