A British student-tourist from the UK, Hanna Bladon, 21, a Birmingham University exchange student studying at the Hebrew University in Jerusalem, was stabbed and critically wounded by an Arab terrorist in Jerusalem. The attack happened around 12:50 PM on Friday.

At 2:17 PM Hadassah Har Tzofim (Mt. Scopus) hospital announced her death from her wounds following attempts to save her life.


According to MDA, the young woman was stabbed while riding on the light rail near Kikar Tzahal (IDF Square) in Jerusalem, located between the Old City’s Jaffa Gate and Kikar Safra.

The victim was evacuated to Hadassah Mt. Scopus in critical condition, with stabbing wounds in her upper body.

Another woman, 30, in her late pregnancy, was hurt in the stomach area when the train came to an emergency stop.

A man, 50, was injured in his leg when trying to escape from the scene.

The Arab terrorist was captured and arrested, and taken by the Shin Bet for interrogation.

The terrorist was from the Jerusalem neighborhood of Ras al-Amud, age 57. He was captured by an off-duty policeman on the train who jumped him after the attack, according to the police.

Yechiel Stern, the first EMT on the scene said, “When I arrived at the scene of the attack, I saw the train stopped and people rushing out of the cars. I rushed in and saw a young woman in serious condition who lost consciousness during the treatment I had begun, due to the seriousness of her wounds. I immediately began CPR, and after 1 minute I was joined by two doctors and numerous other EMTs and paramedics who had arrived at the scene. The Psychotrauma and Crisis Response Unit also arrived and began treating those suffering from emotional trauma and shock.”

The patient was treated on scene by 2 doctors both of whom were EMS responders with United Hatzalah, Dr. Adam Ballin, and Dr. Aryeh Jaffe. 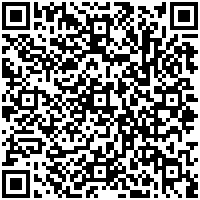