The iconic IKEA Swedish home furnishings and accessories giant has announced it will add a fifth store in Israel, this one not far from Jerusalem.

The foundation stone for the new branch was laid Tuesday in the presence of IKEA Israel CEO Shuki Koblenz, and Matthew Bronfman and Shalom Fisher, owners of the IKEA Israel franchise.

The new branch, to be located in the community of Eshtaol, near Beit Shemesh, west of Jerusalem, is set to open early in 2020. The decision to locate in Eshtaol came after repeated efforts to find a spot in Jerusalem came up empty.

The first IKEA store in Israel opened in the “Israeli Riviera” city of Netanya in 2001. That initial success was followed by branches in Rishon Lezion, the Haifa suburb of Kiryat Ata in northern Israel, and earlier this year in the Negev “capital” city of Be’er Sheva.

Every Israeli IKEA store features glatt kosher dairy and meat restaurants, child-friendly facilities for nursing mothers and a play area for children while parents are shopping. 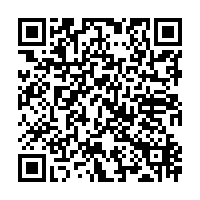