Israel Police Commissioner Kobi Shabtai and Public Security Minister Omer Bar Lev have ordered a probe into the clashes that took place Friday during the funeral of Al Jazeera journalist Shireen Abu Akleh, a Christian Arab Jerusalem resident with US citizenship who lived in Beit Hanina.


The findings of the investigation are to be presented to Shabtai in the coming days, police said Saturday.

“The Israel Police prepared yesterday to facilitate a calm and dignified funeral for journalist Shireen Abu Akleh, and had coordinated the funeral arrangements with her family,” police wrote in a statement posted to Twitter. “Unfortunately, hundreds of rioters tried to sabotage the ceremony and harm the police.

“As with any operational incident, and certainly an incident in which police officers were exposed to violence by rioters and in which force was subsequently used by the police, the Israel Police will be looking into the events that ensued during the funeral.

“The Israel Police supports its police officers, but as a professional organization that seeks to learn and improve, it will also draw lessons from the incident,” the statement continued.

“Therefore, the Israel Police Commissioner, in coordination with the Minister of Public Security, has instructed that an investigation be conducted into the incident. The findings of the investigation will be presented to the Commissioner in the coming days.”

Abu Akleh was shot and killed while covering Israeli counter terrorism operations in the Palestinian Authority city of Jenin. The journalist was hit during a gunfight between IDF special forces and armed terrorists.

Masked rioters at the funeral chanted and waved Palestinian Authority flags, tearing down flags of the State of Israel near the Jaffa Gate entrance to the Old City of Jerusalem.

Police intervened as the coffin was seized by a mob outside S. Joseph’s Hospital, in direct defiance of the family’s wishes. Once the coffin arrived at the hearse, the rest of the funeral proceeded peacefully.

The Palestinian Authority has steadfastly refused to allow Israel to participate in the investigation, and without examining the bullet that killed the journalist, Israel has said it cannot determine whose ammunition struck her.

The United Nations Security Council voted unanimously on Friday to condemn the killing of the journalist and called for “an immediate, thorough, transparent, and impartial investigation into her killing.”

The UNSC added in its statement that “journalists should be protected as citizens,” but has not voted to condemn the deaths of any of the other dozens of reporters killed in action since January 1, let alone the myriad deaths of journalists in previous years.

The UNSC also made no mention of the disgraceful rioting by Arab agitators that took place during Abu Akleh’s funeral which resulted in those carrying her coffin struggling to keep it from falling to the ground.

Instead, US Secretary of State Antony Blinken added more fuel to a fire already raging in Jerusalem.

“We were deeply troubled by the images of Israeli police intruding into the funeral procession of Palestinian American Shireen Abu Akleh,” Blinken wrote in a statement issued by the State Department. “Every family deserves to lay their loved ones to rest in a dignified and unimpeded manner.”

Blinken somehow failed to notice the hundreds of rioters who tried to grab the coffin from Abu Akleh’s family members, using the occasion for more anti-Israel posturing.

“This is a new low . . . We’ve seen Palestinian extremists like Hamas use women and children as human shields, but today they used the dead body of Shireen Abu Akleh as a human shield as rioters destroyed neighborhoods in Jerusalem,” Eid wrote in a tweet following the funeral.

Earlier in the week, Eid condemned the refusal by the Palestinian Authority to participate in a joint investigation into Abu Akleh’s death. “What do they have to hide?” he wrote. “I’ll tell you… the truth!” 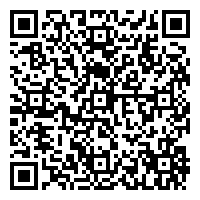