An Arab woman and four children were seen on security cameras late Monday afternoon working hard to rip out trees that were planted in a new park that is under development outside the fence surrounding the Dagan neighborhood in the Jewish community of Efrat, just ten minutes south of Jerusalem.


Last Friday residents of Efrat planted 50 citrus fruit trees and 30 more trees of different types, a spokesperson for the Dagan Slopes Project told JewishPress.com. Over the past six weeks, he said, a total of 150 to 200 trees have been planted in the area.

The Arab woman and the four children with her succeeded in tearing out eight trees. The saplings have disappeared.

Security personnel who witnessed their actions alerted the Efrat patrol and the IDF, but “by the time everyone showed up, they had disappeared,” the spokesperson said.

“But on the security footage you can see them ripping out the trees, you can see where they went, and even which house they entered,” he notes. “So when the soldiers came they actually went down to the house and knocked on the door. Obviously, no one answered the door,” he added.

The project began three months ago in response to the increasing encroachment on Israeli land by surrounding Arabs.

“We’ve been watching the Arabs around us planting trees, building houses on state land, on archaeological land. We’ve reported these things to the army but the army has come down maybe two out of ten times,” the Dagan Slopes spokesperson said.

“Most of these houses have “stop” orders or demolition orders against them. We have been frustrated that there doesn’t seem to be anything that can be done to put a stop to it, so we decided to go outside the fence around the Dagan neighborhood into land that is state land, and to do what they do.

In addition to the saplings being planted, the residents have made paths to Solomon’s Pools and around the area of the Dagan neighborhood.

“We built picnic benches on Friday and put them out there,” the spokesperson noted, “but there’s still a lot more work to do because it’s a massive amount of land.

“I would say that two-thirds of the land is actually Efrat municipal land, which is being stolen by the Arabs because they’re planting trees there — so the Efrat municipality is very happy that we took this initiative,” he said.

Three residents are funding the project out of their own pockets, plus “some generous donations that we’ve received from people” — but still, “it’s a very large project.”

Although one is not allowed to plant in the land of Eretz Israel during the shemittah year — which is currently in process -“According to the Rabbanim this is a mitzvah kibbush Eretz Israel, a mitzvah dereita (a Torah commandment),” he said.

Rabbi Dov Lior, the venerated Chief Rabbi of Kiryat Arba-Hebron, was asked by members of the project several times about the Torah legal view of this issue; the Rabbi emphatically granted a ‘heter’ (permission) to plant.

“If we wouldn’t be planting, they would. If we don’t get residents beyond the fence and walking around, the Arabs will claim that land,” the spokesperson said. 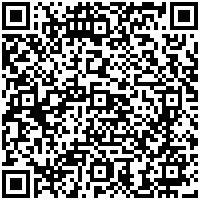