A nationwide strike by Israeli teachers that began Wednesday has been put on hold, pending resume talks between the teachers’ union and the Finance Ministry.

Union officials met Thursday with representatives from the Finance Ministry and Education Ministry to discuss the labor dispute.


Following a request by Education Ministry Yifat Shasha-Biton, it was decided to suspend the strike, according to Israel’s Channel 12 News.

“We acceded to the request of the Education Minister and decided to freeze the job action,” said Teachers’ Union chief Yaffa Ben-David. “I hope to continue substantive negotiations, with the Finance Ministry as well,” she said, adding that she “expects that the other elements in the government and the political system will also see before their eyes the good of the system, and understand that if we do not reach agreements in the coming days we will have to resume the struggle.”

Over the past week, classes began at 10 each day as the teachers’ union threatened a full-blown strike, but the move had no impact and by Wednesday, parents were told there would be no classes.

On Thursday the strike continued, but school children are expected to return to their classrooms on Friday.

“I congratulate the secretary general of the Teachers’ Union, Yaffa Ben-David, for agreeing to my request to freeze the sanctions,” Shasha-Biton said in a statement.

“This will allow children and teachers to end the school year in an orderly fashion and enjoy the variety of activities that await them in the coming week.

“I intend to continue to lead rapid negotiations toward the academic year,” she added.

Finance Minister Avigdor Liberman likewise welcomed the end of the strike, writing in a tweet, “The students, teachers and parents deserve a successful school year, without strikes and sanctions.” 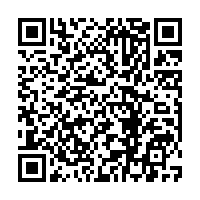