Defense Minister Naftali Bennett (Yamina) refused to comment on the brutal eviction of Jewish residents and the demolition of their homes in the neighborhoods of Kumi Uri, Tkuma and Lehava in the community of Yitzhar in Samaria on Wednesday morning.

An enormous force (Honenu reported it was 500 strong) of the IDF, police and the Coordinator of Government Activities in the Territories raided the settlement of Yitzhar and immediately proceeded to demolish seven structures, most of which were populated with families and their children. The force also demolished a synagogue and structures that housed single men.


One of the evicted residents was a pregnant woman in her ninth month. Her husband was arrested in the raid and she was left alone with her two children. Honenu recorded police grabbing her infant girl.

Yitzhar residents sharply condemned the police and military forces for their activities and for the destruction of the homes.

Hakol Hayehudi asked Defense Minister Naftali Bennett for a response regarding the evacuation, but he refused to comment.

Since Bennett took office as defense minister, there have been a series of evictions and demolitions against Jews in Samaria and Benjamin. Among other things, the IDF and the police demolished structures in several neighborhoods in the Kochav Hashachar settlement in Benjamin, including a family home, confiscated an excavator that was working on expanding the settlement enterprise in Gush Shiloh, demolished additional homes in the Kumi Uri neighborhood of Yitzhar, uprooted an entire vineyard in Gush Shiloh, and more.

Following each one of these acts of brutality against the settlement endeavor in Israel, we approached Minister Bennett for a comment, but he refused.

Likewise, after the Palestinian Authority had taken control of Tel Aroma and the Hasmonean fortress in Samaria, actions that included a show of force by armed Palestinian police with IDF approval, construction plans and construction, even then, Minister Bennett refused our request for his comment. 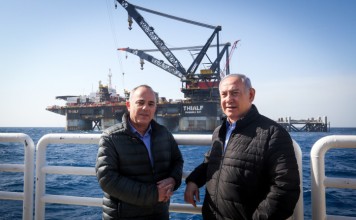