Bulldozers, police and military vehicles arrived with dozens of Border Police officers and Civil Administration inspectors at Shevach Ha’aretz Hill south of the Tekuma neighborhood in Yitzhar around 6 AM on Wednesday. The forces evacuated two tents, a shed and a light wooden structure which had been erected illegally in Area B near the outpost.

Thank God, Israel has a rightwing government, and the man in charge of the police forces is a proven rightwing advocate, Homeland Security Minister Amir Ohana. Also, what joy it is to see a so many law enforcers dedicating so much effort to righting a glaring wrong by taking down those two tents and a shed.


The hill in question is home to a few boys who work as farm hands in the area and have planted their own vineyard and an orchard of fruit trees.

In response to the Border Police attack, dozens of masked hill youths attacked the Border Police forces, and one female officer was slightly injured by a thrown stone. Several officers were hit by paint bottles. The rioters damaged several tires belonging to Border Police vehicles.

The troops responded by employing “demonstration dispersing means,” which included police firing numerous gas grenades at homes in the nearby Tekuma neighborhood – whose residents were not involved in the clashes. The entire neighborhood where dozens of families live was covered in gas clouds.

The Border Police issued a statement saying: “This is a serious incident of violence against the officers who engaged this morning together with the Civil Administration in the demolition of three illegally erected wooden structures in the Shevach Ha’aretz outpost near Yitzhar. The demolition is over.”

In response to the police statement, Yitzhar residents issued a disturbing documentation showing Border Police officers firing gas grenades at the Tekuma neighborhood in Yitzhar without provocation, at least not directly before the grenades were fired.

Residents in the neighborhood complained of being suffocated inside their homes, claiming that “worshipers came out in the middle of the prayer session because they could not breathe” due to the gas clouds that permeated the local synagogue.

According to police procedures, shooting gas grenades is permitted only “in exceptional situations, if there is a danger to life.” In any such case, the approval of the district commander or his deputy is required.

Regarding the destruction of the two tents and a shed, Yitzhar residents stated that: “More than 100 Israel Police Special Patrol Unit (Yasam), Border Police and Civil Administration personnel have evacuated a settlement outpost near Yitzhar. The forces, which came to the settlement with heavy machinery, uprooted a tree orchard and a grape vineyard and demolished two structures on Shevach Ha’aretz hill south of the settlement.”

Hakol Hayehudi reported that later on Wednesday morning, dozens of residents and boys went down to demonstrate at the secondary Yitzhar junction. Large police forces arrested a number of boys and residents at the scene and confiscated several vehicles. The arrests apparently came following the arson of Arab orchards by Jews, between Havat Gilad and Kfar Jit, earlier in the day.

And Firing At Sderot Is Okay? 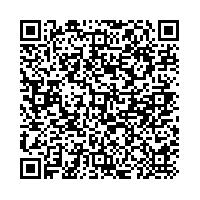