Prime Minister Naftali Bennett told only three people about his unilateral move to disperse the Knesset, quit his post as prime minister, and possibly conclude this phase of his political life: his political “brother” since 2013, Yesh Atid Chairman and the next PM Yair Lapid; his last remaining trusted adviser Aharon Shaviv, and the man in whose hands he is leaving the Yamina party, currently Deputy Minister of Religious services Matan Kahana.

Bennett leaked his decision to only one reporter: right-leaning News12’s Amit Segal, who shocked Israel’s media with the scoop early Monday evening. Here are three individuals you would have expected to be in the know and weren’t, in fact, they were even more shocked than the rest of the country: MKs Abir Kara and Nir Orbach who for very long weeks tormented Bennett with their in-again, out again threats, until both of them last Friday informed him that they were done; and the person who today should still be feeling the gash in her back from the knife belonging to her close political partner for close to two decades: Interior Minister Ayelet Shaked.


Shaked was onboard a plane headed to a state visit in Morocco, totally unaware of the fact that her political future was being stomped on by her ally who didn’t bother to give her a warning, tell her to cancel the visit, and bring her plane around, nothing.

It was revenge, the satisfying kind, the kind from which you don’t come back, the kind you only get to execute calmly, resolutely, and at the end of your political life as you know it.

At one point on Monday, Lapid said to Bennett, “I love you,” and the two hugged in the hallway. Lapid was fully aware of the bloody battle that Bennett had been waging until the last minute, coming out bruised and injured, betrayed and humiliated by his own party members, all except his sole remaining ally, Matan Kahana. Bennett was furious with his supposed ideological partners––some of whom owed their Knesset seats directly to him, relative unknowns that he elevated. And he was livid with Shaked, for her negotiations with the Likud party, about her tripping the legislative efforts that would have created for him a solid base at the country’s political center which he and she had been vying to capture since 2019. But above all was his resentment of the fact that Shaked, like Chikli, Silman, Orbach, and Kara never accepted for even a moment that he was and deserved to be the prime minister.

Lapid did––they didn’t. Which is the reason Bennett had no problem vacating his seat to hand Lapid the opportunity to serve as caretaker prime minister for as long as he can, through the election campaign, the coalition negotiations that will follow, then perhaps the dispersal of the net Knesset and yet another election round – all that time we will be talking about Prime Minister Yair Lapid.

Unlike Bennett, Lapid will enjoy the power base of the country’s second-largest party, after Netanyahu’s Likud. But wait, there’s more: voters for parties that the polls are suggesting would disappear ‘neath the 3.25 vote threshold, such as Meretz and New Hope, will likely flock to Lapid who has managed to hold on to the center to the point where he marks the center. I won’t be surprised if even some Arab voters would trust him enough to give him their support.

Lapid may also turn to Naftali Bennett and ask him to be his religious, right-wing vote magnet. Don’t forget, in 2013, Lapid relied on Shai Piron, an Orthodox rabbi, religious Zionist, and settler, to attract the liberal Orthodox vote. It could happen again. Right now, despite his enormous rise in the polls, opposition leader Benjamin Netanyahu still fails to reach beyond 58 seats. It’s much better than his current 52, but still short of the magical 61. A lot can happen in the 90 days leading up to the coming election. Including, who knows, the Haredim growing tired of Netanyahu’s inability to score while Religious Zionism is busy siphoning off their votes. If need be, Lapid would probably drop his current ally and arch-Haredi hater Avigdor Liberman, who would bring in a measly 5 or 6 seats, in favor of his new partners, the Haredim, with their guaranteed 15 seats, give or take.

Shaked begged Bennett to wait until Wednesday of next week to announce his decision because she wanted to milk her Moroccan visit for all its worth. But when she stepped off the plane in Rabbat, she was no longer a minister serving in a viable government, but instead part of a limping caretaker government. Likud’s MK Micky Zohar has already announced that reserving slots on his party’s slate for Yamina refugees would be out of the question. Shaked missed her chance to strike a secret deal with Netanyahu and quit her party. She hesitated. Now her chances of recovering from her political crash are worse than Bennett’s.

He who laughs last. 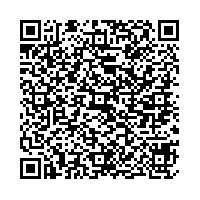