Samaria Regional Council Head Yossi Dagan on Thursday morning erected a protest tent in front of Prime Minister Naftali Bennett’s office in Jerusalem, to deliver the message of the rage of the residents of Homesh whose homes are being demolished days after one of their young men had been murdered by Arab terrorists. Rabbi Mordechai Dimentman, the father of the victim of the terrorist attack, Yehuda Dimentman H’yd, announced that he would join the struggle, and is expected to be joined by seven rosh yeshivas from Judea and Samaria who will issue their own statement of protest.

Dagan announced a series of steps that will be implemented against the government:

We came here, to a protest encampment in front of the Prime Minister’s Office, in front of Naftali Bennett, in front of this whole government, and we will sit here in the rain, in the Jerusalem cold, because there is an injustice here that no decent person, right and left, can ignore.

The Bennett government has lost its compass, it is losing it in Samaria, it is losing it in the Negev, and a direct line runs between the fact that on the day this government passed a scandalous law which approves connecting electricity to the illegal outposts of the Bedouin who are taking over the Negev lands, and the fact that on that same day, this government cut off electricity to the Homesh Yeshiva.

I hereby inform Prime Minister Naftali Bennett and all members of his government that starting on Sunday, from here, in this protest encampment, there will emerge a series of demonstrations by the entire national camp against the government, against the lawlessness in both Samaria and the Negev. The national camp has ended its silence.

I call on Prime Minister Bennett, this is the time to correct. We are standing here, and behind us are hundreds of thousands of supporters who are citizens of the State of Israel, and I demand that the government and the Prime Minister regain their senses, and if you do not, we will demonstrate until this government is replaced.

I want to share with you the feeling of my family. Every new act of destruction in Homesh deepens our wound. These demolitions are not carried out by Turks or by the British, but by our own brethren. And it hurts even more: the nation of Israel is not 120 years old. The nation of Israel is 3,000 years old. The people of Israel walked in Homesh and throughout Judea and Samaria. The Bible is our deed on this land. Yehuda has left us a will written in blood. Our souls remain restless facing the terrorist’s mother who rejoices in her son’s actions. Have you murdered and then inherited your victim?

We want a Zionist educational response. We won’t be silent until the Homseh Yeshiva is rebuilt. I call on all who identify with us to come and support us in the war for the liberation of Homesh. I call on all our supporters to come and cooperate with us and this will be a great consolation for the family.

Three weeks ago, we lost a dear student. One of the best young men who don’t care about the rain or the cold but only focus on studying Torah diligently, in a place that they so love and adhere to. We have seen how great is the support movement behind us. Tens of thousands of the people of Israel. We at Yeshivat Homesh have been operating for 15 years. We’re not looking for quarrels and struggles. We want Homesh first, we want northern Samaria. No one can cut this dream short, not after we have offered a communal sacrifice to redeem it.

We expect the Israeli government not to get carried away and to know how to stand behind us and not reward Yehuda’s murderers. We join the head of the Samaria Council Yossi Dagan who is a true partner, and announce here: Yeshivat Homesh will exist forever. 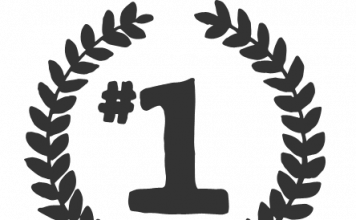 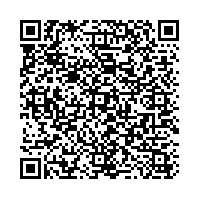