Yesha Council, the umbrella organization of municipal councils of Jewish settlements in Judea and Samaria, has launched a campaign against the government’s construction freeze. On Sunday morning, the heads of local municipalities on the other side of the Green Line arrived in front of the Prime Minister’s Office in Jerusalem, to declare their struggle against the government which is led by Naftali Bennett, who served as director-general of the Yesha Council.

In December 2014, a group of leftist Israeli academics called on the US and EU to impose sanctions on Bennett and three other Israelis “who lead efforts to insure permanent Israeli occupation of the West Bank and to annex all or parts of it unilaterally in violation of international law.” The academics, who called themselves Scholars for Israel and Palestine (SIP), asked the US and EU to freeze Bennett’s foreign assets and impose visa restrictions. Bennett was chosen as a target because as the director of Yesha Council, he opposed the 2010 settlement freeze actively supported the annexation of more than 60% of Judea and Samaria, and “pressing strongly for a policy of creeping annexation.”

The right-wing news website Kipa noted that in all 12 years of former Prime Minister Benjamin Netanyahu’s rule, which featured many settlement freezes, Yesha Council has never come out against him, nor certainly demand his overthrow. On November 25, 2009, for instance, Netanyahu convened a press conference and announced he was implementing a policy of freezing construction in Judea and Samaria for ten months. Bennett and Yesha Council received the announcement without an attempt to overthrow it out of an understanding of Netanyahu’s pressing need to accommodate the Obama administration’s demands.

No such empathy this time. Yesha Council Chairman David Elhayani told kipa Sunday morning that the heads of settlement councils did not come to protest but to issue a statement of intent to struggle to overthrow the government, because “a government that freezes settlements has no right to exist.”

The protest was attended by the head of Binyamin Council Israel Ganz, head of Beit El Shai Council Shai Alon, head of Samaria council Yossi Dagan, and the chairman of the Amana movement, Zeev “Zambish” Chaver.

“For a year I personally thought that the government’s guidelines, at least unofficially, preserved the process that used to be,” said Elhayani, who is a member of Gideon Sa’ar’s New Hope party, a member of the coalition government. “It created in us a sense that people would keep their word and their commitment, and a Supreme Planning Council would convene every three months. But when it became clear that the Minister of Defense is harming the settlers of Judea and Samaria – he does not provide personal security and in fact, there is a significant increase in terrorism in Judea and Samaria – all the while pursuing a policy of aggressive enforcement against Jews and zero enforcement against Palestinians who take over state lands – it only shows that he is the one who wants to overthrow the government and he is the one who harms the settlement.”

So, to be clear, the enemy of the settlements is not Naftali Bennett but Benny Gantz. No argument there. 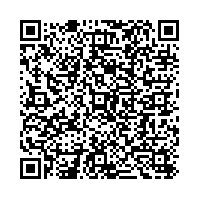