Education Minister Naftali Bennett predicted Sunday that the current government would survive until Israel’s next general election, scheduled for November 2019, but added that he believes is poised to replace Benjamin Netanyahu as the next leader of Israel’s right-wing political camp.

“I think there is a great value to be placed on governmental stability, and the government will serve a full term,” Bennett told the Kan broadcast corporation. “[But] in five separate polls published over the past week, we are gaining strength in every poll of right-wing voters.”


Bennett also called weekly protests calling for Attorney General Avichai Mandelblit to indict Prime Minister Binyamin Netanyahu “legal, but illegitimate,” saying that no one would want to live in a country in which the attorney general decided to prosecute as a reaction to public demonstrations.

On Saturday night, some 2,000 people protested for the 32nd consecutive week at Goren Square in Petah Tikva, calling on Mandelblit to expedite the investigations into Netanyahu’s multiple corruption affairs. 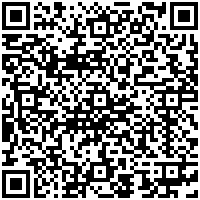