Rebbetzin Miriam Levinger passed away early Tuesday morning at the age of 83 in Hadassah Ein Kerem Hospital in Jerusalem.

Levinger was the widow of Rabbi Moshe Levinger, and together they were among the founders of Gush Emunim and the Jewish community in Hebron. Rabbi Levinger died in 2015.


Rebbetzin Levinger will be laid to rest at 11 AM, in the ancient cemetery in Hebron.

The Rebbetzin became ill on the eve of Yom Kippur. Her son, Malachi Levinger, related: “We evacuated her to Hadassah Ein Kerem Hospital and in the morning she passed away. Mother was a beacon of faith that taught an entire generation the meaning of overcoming one’s ego and of love of country. She was a symbol and role model of devotion and pioneering, and with her own hands brought about the redemption of the city of the patriarchs. There is no doubt that her trailblazing actions will be immortalized in the history book of the Land of Israel and the Jewish nation.”

The Jewish community in Hebron issued a statement saying: “We mourn the passing of Rebbetzin Miriam Levinger, who passed away after Yom Kippur of 5781… Rebbetzin Levinger’s leadership and power led the settlement in the heart of Hebron, and the historic return of the Jewish people to their first birthplace… Our condolences to her large family, may you be comforted by the rebuilding of our country and the continuation of her endeavors.”

Yehudit Katsover and Nadia Matar, co-leaders of the Sovereignty Movement, issued a statement saying: “The Rabbanit instilled in the Settlement enterprise, the principle that we must take the first small step and the Almighty would help with the continuing steps. This is how we acted and this is how the lovers of the Land and its residents acted, who tread the path that she paved for us, and by the virtue of her strength, we have the merit of a glorious and wonderful settlement enterprise in the Land of Israel.”

The Honenu organization issued a statement saying that “the Rebbetzin was an exemplary mother who raised a great man and many descendants, all soaked in her noble personality.”

Rabbi and Rebbetzin Levinger had 11 children and 50 grandchildren, most of whom live in Judea and Samaria.

The Levingers first came to Hebron in 1968 after Judea and Samaria had been liberated by Israel in the Six-Day War. They rented rooms in the old army base, on the main street of Hebron, following which they refused to leave. In a deal with the Israeli government, the Levinger family relocated to a former army base on a hill just northeast of Hebron, where, with the state’s cooperation, they established the settlement of Kiryat Arba.

In April 1979, Miriam Levinger and Sarah Nachshon led a march to the center of old Hebron and entered the old Beit Hadassah Hospital building, where 67 Jews had been massacred in 1929 by local Arabs leading to temporary suspension of Jewish life in the city.

In 1987, the daily newspaper Hadashot asked 22 leading Israeli influencers from every segment of the political spectrum, to name the “person of the generation, the man or woman who has had the greatest effect on Israeli society in the last twenty years.” The first place was shared by Menachem Begin and Moshe Levinger. 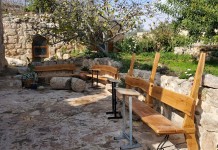 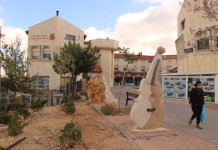 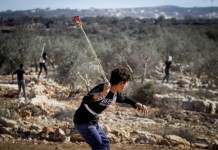 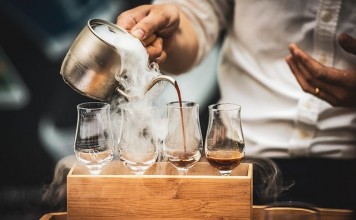 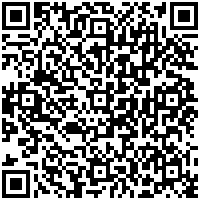