Netanyahu confirmed to the Foreign Affairs and Security Committee on Monday morning that “Israel has engaged in military operations in Syria since the downing of the Russian plane.

According to Channel 10 Senior Diplomatic Reporter Barak Ravid, Netanyahu told the committee that Israel’s “intelligence planes are gathering information and I don’t want to talk about other operations in this setting.

“Our intelligence tells us that the amount of Iranian arms smuggling through Syria to Hezbollah in Lebanon has substantially decreased since the downing of the Russian plane,” he said.

In the capacity of Defense Minister, Netanyahu made it clear that “we still have good relations with Russia.

“My conversation with Putin in Paris was excellent,” he continued, “I proposed enhancing de-confliction talks between the IDF and the Russian army.”

“As I said last night, we are in a battle which has not yet ended, and at such a sensitive time, security wise, it would be irresponsible to topple the government,” the PM said. “Regardless of whether our partners will do so or not, we will continue to work in order to ensure the security of our country and the safety of our citizens. We will do so prudently, responsibly and determinedly.”

“I trust the IDF, the security forces and the citizens of Israel,” PM Netanyahu stated. “Together we will overcome any challenge and guarantee Israel’s security.”

Earlier on Monday, Habayit Hayehudi chairman Naftali Bennett promised to keep Netanyahu’s feet to the fire on his promises to revitalize the army, punish Hamas, and take a more decisive role against lawbreaking Arab settlers and EU agents in Judea and Samaria.

Content by Ilanit Chernick / TPS was used in this report. 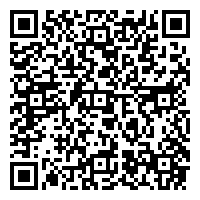