Prime Minister Naftali Bennett, chairman of the Yamina party, is considering retiring from politics, or at the very least, not running in the next election, according to Israeli media, including Channel 12 News.

Bennett allegedly raised both possibilities with fellow Yamina lawmakers during a faction meeting, according to Israel’s KAN News public broadcaster, but no final decision was made.


The news comes in the wake of a preliminary vote in the Knesset Wednesday to dissolve the government and Israeli parliament. If the measure passes the second and third reading, Israel will head to its fifth round of elections within the past three years.

New elections are to be set either for late October or early November, following the month-long Jewish High Holy Days which include Rosh Hashana, Yom Kippur, Sukkot and Simchat Torah.

The Yamina party has taken a real beating over the past year. According to polling results shared Tuesday on Israeli television networks, electoral support for the party would drop from the seven seats won during the 2021 elections to just four or five seats the next time around.

Bennett also announced Wednesday he will not support a measure aimed at blocking Opposition leader and former prime minister Benjamin Netanyahu from returning to the prime minister’s office.

The measure, proposed by Yisrael Beitenu MK Yevgeny Soba, would bar any lawmaker charged with a serious crime from becoming prime minister. It is believed to be specifically intended to block Opposition leader and former Prime Minister Benjamin Netanyahu from returning to the prime minister’s seat in the next election.

However, the Knesset presidium refused to include the law, which supporters attempted to tack on to the bill dissolve the Israeli parliament. 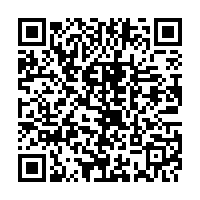