The Jerusalem municipality’s Local Committee for Planning and Construction on Wednesday approved unanimously a plan to build 18 housing units for Jewish families in the heart of Jabel Mukaber, a predominantly Arab neighborhood in south-eastern Jerusalem. The original plan was amended regarding only one item — the local synagogue will be built with private funds rather than by the city.

The plan was initiated by the Elad Association, which is active in increasing Jewish life in eastern Jerusalem. According to Walla, the location already includes the building, constructed several years ago by Elad and since 2012 used as housing for Elad security personnel. The new plan will remove violations that have been cited regarding this building, and add the new units.


Researcher Aviv Tatarsky, the go-to leftist expert on eastern Jerusalem Jewish construction, said on Wednesday that the Jerusalem municipality embraces Elad and together they harm whatever hope Israel may still have regarding a just peace with the Arabs. But Jerusalem City Council member Hanan Rubin, who participated in the committee’s vote, argued that “this is private property that was built in keeping with city policy, in a manner that removes past violations, and does not create a new structure.”

“It is inconceivable that we at city hall would reject or accept private plans based on the identity of the person behind the request,” Rubinsaid, adding, “No one would imagine that we as a municipality would reject a plan for a private home in [affluent, Jewish] Rehavia if one were submitted by a Palestinian, which is why we don’t reject plans for private housing of Jews in Arab neighborhoods. I hope and believe that the residents will enjoy good neighborly relations.”

The Elad Association issued a statement saying there already are Jews living next door to Arabs in the neighborhood as good neighbors. It also suggested the Jerusalem Municipality Master Plan conceived in 2000 does not distinguish between Arabs and Jews. 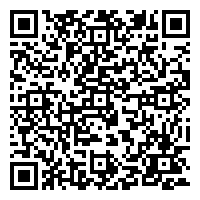