Police are investigating suspicions that veteran national religious Knesset Member Nissan Slomiansky bought thousands of votes in the Jewish Home party primaries last November, enabling him to win the second most votes of any candidate.

Police are examining the information to determine whether to open a criminal investigation, which could torpedo Slomiansky’s chances of being appointed to a Cabinet position. Bennett is known to prefer Ori Orbach for minister.

Bennett was suspicious of the Slomiansky’s huge victory and hired a private detective, who taped a conversation in which voting contractor Avichai Amrusi bragged that that during the party’s membership campaign, Slomiansky paid out more than $30,000. He said some of the cash was stuffed in cigarette packets.

However, Amrusi has denied making the statements and has changed his version, while Slomiansky vehemently rejects any involvement in illegal vote-buying. He told Channel 2, which broke the story, “Rumors that I bought votes in the primaries are a hallucination. I have been in politics for 21 years, including nine years in the Knesset, and have never been accused of anything wrong. Even the person spreading the rumors denies them.”

He explained that the campaign against him is to keep him from being appointed to a Cabinet position, assuming the Jewish Home party joins the coalition. 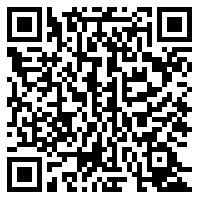