Two of the attorneys for Jonathan Pollard announced Friday that their client is now officially a completely free man, entitled to fulfill his dream of immigrating to the State of Israel together with his wife Esther.

Pollard was freed after having served 30 years of a life sentence in prison and five years’ probation for the crime of spying for and providing top secret classified information to the State of Israel while working as a civilian Navy intelligence analyst. He was initially released to a strict five-year parole on November 15, 2015.


“The US Parole Commission has issued a certificate terminating parole and lifting all parole restrictions on our pro bono client Jonathan J. Pollard,” his lawyers, Eliot Lauer and Jacques Semmelman, said in their statement. “We are grateful and delighted that our client is finally free of any restrictions, and is now a free man in all respects,” they said. “We look forward to seeing our client in Israel.”

Pollard asked his attorneys to announce on his behalf that he was “happy to finally be able to assist his beloved wife Esther, who is fighting an aggressive form of cancer.” Esther was diagnosed in 2019 for the third time with breast cancer.

Prime Minister Benjamin Netanyahu welcomed the lifting of the restrictions on Jonathan Pollard in a statement released after the conclusion of the Sabbath on Saturday evening.

“For many years the Prime Minister has been committed to, and consistently worked towards, securing Pollard’s release,” Netanyahu’s office said. “The Prime Minister thanked Israeli Ambassador to the United States Ron Dermer for responsibly and sensitively leading the contacts with the administration.”

Netanyahu visited Esther Pollard repeatedly throughout the years of her husband’s incarceration and subsequent probation.

“The Prime Minister hopes to see Jonathan Pollard in Israel soon, and together with all Israelis, extends his best wishes to him and his wife Esther,” the prime minister’s office said. 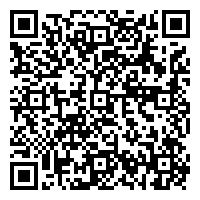