One person has died and two more were seriously injured Wednesday morning when a pipeline exploded at a petrochemical complex in Iran’s southern Bushehr province, according to the semi-official Tasnim News Agency (TNA).

Both petrochemical plants – Damavand and Mobin – are located in the South Pars “special Zone,” said Asalouyehin deputy governor Ali Rahmani, according to TNA.


The two plants produce the water, electricity, oxygen, steam, nitrogen, compressed air and other products consumed by the large industrial complexes in the South Pars zone.

“The fire has been extinguished in the factories,” said Rahmani. It was not immediately clear what caused the blast, which is the second such explosion at an Iranian dual-use plant since Sunday.

Earlier this week, nine people were injured in a massive explosion at a petrochemical factory about 30 miles (45 kilometers) northwest of Isfahan that was said to produce “industrial-commercial explosive materials.”

The city of Asalouyeh is surrounded by, but geographically separate from the land-based facilities of the massive Pars Special Energy Economic Zone (PSEEZ), established in 1998 for the use of South Pars oil and gas resources.

Asaloyeh is the closest land point to the largest natural gas field in the world, the South Pars / North Dome Gas-Condensate field.

The PSEEZ is a strategic area comprised of 100 square kilometers (39 square miles) of land that is home to dozens of oil refineries, gas and petrochemical facilities, as well as a mix of light and heavy industry with supporting factories and warehouses which employ tens of thousands of workers onsite.

There is an airport within the PSEEZ, which includes direct access to international waters via a deep-water port on the Persian Gulf.

The South Pars gas field in Iran covers an area of 500 square miles and is located 3,000 meters below the seabed at a water depth of 65 meters, according to Offshore Technology. The Iranian part of the field is the northern extension of Qatar’s giant North Field, which accounts for 10 percent of the world’s total gas reserves – 60 percent of which belong to Iran and which contains an estimated 436 trillion cubic feet of natural gas. 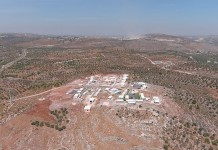 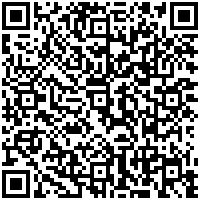