A massive blast rocked the Burj al-Shemali refugee camp near Tyre in southern Lebanon on Friday night, an incident believed to have been caused by an explosion of a Hamas weapons depot in the area.

Lebanon’s state-run National News Agency (NNA) reported that the explosion of an ammunition depot killed one “armed man” and injured more than 10 others who suffocated from smoke inhalation, in addition to wounding two firefighters from the Civil Defense and Scouts of Al-Rissala Al-Islamiya in Amal Movement.


Following the explosion, Hamas claimed that the combustion was “caused by an electrical short in a warehouse containing a quantity of oxygen and gas cylinders designated for Corona patients.”

However, Hamas announced the death of Hamza Shahin, one of its operatives, and stated that he was found dead “in a jihadist operation on behalf of the Palestinian people.”

TPS has learned from sources that Hamza Shahin’s older brother is Muhammad Shahin, one of the leaders of Hamas’ security establishment operating in Turkey as part of the construction directorate responsible for Hamas’ military intensification.

Under this administration, a number of military projects are taking place in southern Lebanon. 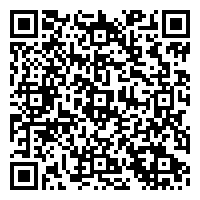