Offering an interviewer candy to celebrate her son’s martyrdom, Umm Muhammad Shamasne said that she hoped her other sons would follow in his footsteps. She then pulled out a knife from the folds of her dress over her chest, and promised: “My deeds will speak louder than words.” Her Lebanese interviewer was embarrassed and tried to make her subject put that thing away…

Umm Muhammad, whose son Muhammad was killed while perpetrating a terror attack on a bus in Jerusalem on October 12, was recently interviewed in her home by Lebanese Al-Quds TV channel—the translated video and transcript were provided by the Middle East Media Research Institute (MEMRI). The interview aired on October 22.


The Interviewer began: “First of all, Allah’s mercy on Muhammad. Did you know that Muhammad was thinking about carrying out an operation, and do you believe the occupation’s version, which says he was the one who carried out the operation in Jerusalem?”

Muhammad attempted to snatch an IDF soldier’s gun on a bus entering Jerusalem on Monday night, October 12. He was shot dead after stabbing a soldier and an Israeli civilian.

Umm Muhammad Shamasne responded to the question: “First of all, Allah be praised, Muhammad was martyred for the sake of Al-Aqsa, and for the sake of the young women of Al-Aqsa. Allah willing, all my children will follow in Muhammad’s footsteps. We knew [what he had in mind]. I did not cry, and I am angry that he didn’t take me with him. Muhammad should have taken me to be martyred with him. We regret nothing. We are proud of him. I’d like to offer you candy to celebrate Muhammad’s martyrdom.”

She then handed the interviewer a bowl of candy with a big smile.

The interviewer asked about the possibility that Muhammad’s mother’s home would be demolished as punishment for his terrorist act: “Have you received any such threat?” she inquired.

Umm Muhammad Shamasne said: “Until now, we have not received any threat, and no threats will have any effect on us. Let them destroy the house. Let Mu’tasim and Yousuf be martyred as well. It is all a sacrifice for the sake of Al-Aqsa and Palestine. As for me…” and at this point she pulled out a sheathed knife from under her clothes and removed the knife with a stabbing motion.

The interviewer, who was obviously on a mission to portray an innocent Palestinian woman mourning for her innocent son, blurted out, “No, no, no…”

But Muhammad’s mother would not be silenced: “I am concealing this weapon for Israel. Watch out, Israel! Watch out!” she declared, making more stabbing motions

Embarrassed, the interviewer told her: “We don’t want to see such spectacles on TV, but let’s keep to the subject of Muhammad… I understand the searing pain, the anger, and the tension, but we can’t have such things, if you’ll forgive me… Please put that thing away…” 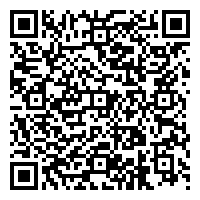