I was once a member of a panel at a Jerusalem symposium on religion and state. Next to me sat Anat Hoffman, the chairperson of the Women of the Wall.

“I oppose any type of coercion,” I explained to the crowd in the room, “whether it is religious coercion or secular coercion.”


“Can you give us an example of secular coercion?” someone in the audience asked.

“Certainly,” I answered, and pointed to Anat Hoffman. “Anat Hoffman is a walking example of secular coercion.”

“Me?” retorted the astounded Hoffman.

“Yes,” I answered. “The Western Wall is almost one kilometer long. They have been offering you every possible place for your prayers. But you insist on forcing yourselves on the traditional worshippers. What can be more coercive than that?”

Prayer at the Western Wall is not what the Women of the Wall and parts of the Reform community want. They have already been allotted an appropriate and extremely picturesque place for their prayers (called Ezrat Yisrael) next to Robinson’s Arch at another section of the Western Wall – and it remains empty. There is no reason to believe that after another 40 million shekels are invested to make a plaza there similar to the size of the current plaza that it will suddenly be filled with Reform worshippers.

There are approximately 40 Reform synagogues in Israel, as opposed to approximately 50,000(!) traditional synagogues. When a fly demands his share of food equally with an elephant, that is not a compromise and not equality. It is coercion.

The new agreement reached between Israel’s government and the Women of the Wall does not achieve an arrangement (which already exists, as stated above). On the contrary, it will create a new battle arena. Where will the IDF soldiers hold their swearing-in ceremonies? (I can already see the appeal of the parents of the Reform soldiers to the High Court) and the rest of Israel’s official ceremonies? Into which section of the wall will the president insert his note with prayers? Why did they bring the visiting foreign VIP to “their” Wall and not to “ours”?

The Western Wall is a sentimental place for Jews. Over the past hundreds of years (before that, Jews prayed in different places) it has absorbed the prayers and longing of Jews from all over the world. As such, it is certainly precious to our nation. Historic value, personal and national sentiment – yes. But not sanctity and not Jewish law.

The place where Jewish law is trampled upon on a daily basis is just a few steps from the Western Wall, at the truly sacred site – the Temple Mount. Approximately half the commandments in the Torah can be fulfilled only there, on the Mount. Some of those commandments can be performed even if the Holy Temple is not built. Tragically, the Temple Mount has become a place for Arab soccer games, picnics, incitement, and ISIS.

This situation on the Temple Mount does not seem to disturb the Jews – neither the religious Jews nor those of the other denominations. All of them prefer to abandon the site of our Holy Temple to wild Islam and to bicker down below over the plaza at its feet. 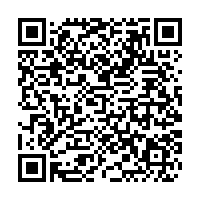