Drama unfolded in Jerusalem’s Geula neighborhood on Thursday morning, as dozens of people scoured the contents of a fully loaded garbage truck in search of a small diamond ring.

The search began after a future bride, due to marry in one month, accidentally threw her engagement ring, worth more than $9,000, into a rubbish bin. According to the family, the ring was caught on a trash bag which was thrown into the bin.


Seconds later, the content of the bin was loaded onto the truck along with the expensive ring.

The bride and her family immediately stopped the truck and called on the public to help them. Dozens of neighbors offered to help search truck’s contents.

After it was decided it was too dangerous to continue searching the truck itself, it was taken to a warehouse near Har HaMenuchot cemetery in Givat Shaul and unloaded, with the approval of Jerusalem Municipality officials.

The family claims the ring is definitely somewhere within the content of the truck. Due to the ring’s worth and importance, they also offered a cash prize to whoever succeeded in locating it.

“Please, anyone come and help search for the ring in a garbage truck currently parked in Givat Shaul (it is surely there),” wrote the future bride’s sister in an announcement on social media. 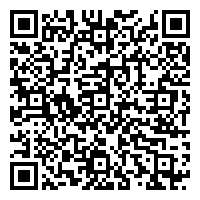