Three Judea and Samaria residents who on Wednesday morning were in Yitzhar, an Israeli village south of Shechem, just off Route 60, north of the Tapuach Junction, were remanded to jail and a minor who had been detained with them was released to house arrest Thursday.

The residents—one the father of 6, another of four, a 19-year-old and a minor, were detained by police Wednesday morning, after chasing an Arab terrorist who had thrown rocks at a woman driving out of the Yitzhar gate. Yitzhar residents have been telling the authorities that there has been a sharp increase in the number of security incident at that location, which is on the access road to the community.


The Yitzhar community distinguishes between the main road, which passes near an Arab town, and the access road to Yitzhar, which is off of the main road and leads exclusively to Yitzhar. The female resident’s car was damaged on that road and only by a miracle no-one was injured. The terrorists who threw the rocks had apparently come out of an olive grove in which Arabs, accompanied by British anarchists, were harvesting olives. Yitzhar residents suspect that the attack on the car was timed very carefully.

Yitzhar residents, including the community’s head of security, who were called to the scene, began to chase the terrorists. Four residents drove towards Huwwara in order to overtake some of the terrorists who had fled in that direction. Near the intersection leading to Huwwara, police and detectives stopped the car without a stated reason, and detained all four passengers. Attorney Aharaon Rosa, of the legal aid society Honenu, arrived and asked for clarification of the reason for their detention.

While the Yitzhar residents were being detained, and very close to their location, an IDF unit apprehended one of the Arabs suspected of throwing the rocks. Meanwhile, a clash broke out between Yitzhar residents and the British anarchists harvesting olives, following which the grove from which the terrorists had thrown rocks went up in flames.

On Thursday, at the Petah Tikva Magistrate’s Court, it turned out that the police were trying to link the detainees with the olive grove fire which started well after they had been placed in handcuffs.

The Judge partially accepted Attorney Rosa’s arguments, and determined that there was no evidence linking the detainees to the brawl or the fire, but stated nevertheless that there was a reasonable suspicion of conspiracy, obstructing a police officer and resisting arrest, and so he prolonged their detention.

Attorney Rosa told the website Srugim that he was certain his clients would eventually be released, because their arrest had been baseless. The detainees claim they did not resist arrest, and were beaten by police. 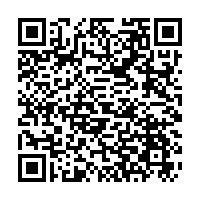