The second prize will be awarded a project developed and implemented by the Prime Minister’s Office and the Intelligence Division, which was made possible “by daring, exceptional operational ability, combined with a highly impressive technological innovation.”

The project successfully tackles a wide variety of threats and its contribution to the security of the State of Israel is truly unique.

President Reuven Rivlin told the winners: “The Israeli public does not know how much it owes you, you chose to dedicate your creative powers to the state, not for your home, to wait with the exit, and in 2017 it is not self-evident.”

Minister of Defense Avigdor Liberman said: “You, the winners, are responsible for the Jewish mind, and all we have seen here the result of your work. If you do not know how to develop your relative advantage, you do not survive the wild competition that exists in the world and especially in our region.”

Defense Ministry Director General, Maj. Gen. (Res.) Udi Adam said: “You have proven again that even the skies are not the limit: all of the operational projects today “live and breathe” and successfully challenge the systems against each other every day and hour after hour.”

The Israel Defense Prize was first conceived by Prime Minister and Minister of Defense David Ben-Gurion, as an expression of gratitude for the creators of developments that contribute to the security of the State of Israel. The prize was named after the late Eliyahu Golomb, commander of the Hagana organization.

So far, 178 projects have been awarded (including this year’s two projects). Fifty-two individuals have won the prize twice and seven more than twice.

Past prizes have been awarded for the Merkava Mark III Tank; the Iron Dome and Arrow missile defense systems; the Trophy active protection system of tanks and armored personnel carriers; Rafael’s family of Air-to-Air Missiles (starting with the 1960’s Shafrir through the 1990’s Python); the Uzi; the Galilee; the Kfir; the Gabriel Missile; and the Popeye Missile.

Israel: The Settlements Are Not Illegal 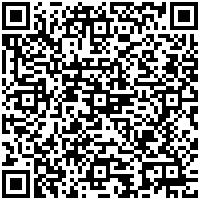