The Islamic Jihad Movement in Palestine on Monday threatened to retaliate by force against any Israeli attack on the Gaza Strip, Ma’an reported.

The Secretary-General of PIJ, Ziad al-Nakhla, warned Israel in a statement about committing “any aggression against the Gaza Strip.”


Ma’an noted that none of the terror factions inside the Gaza Srip have claimed responsibility for the rocket attack on the sharon region moshav Mishmeret.

The armed wing of PIJ is Al-Quds Brigades, formed in 1981, is active in the PA and the Gaza Strip, with its main strongholds in Judea and Samaria being the cities of Hebron and Jenin. Its operations have included suicide bombings, attacks on Israeli civilians, and firing rockets into Israel.

PIJ has much in common with Hamas, as both are fighting to eliminate the existence of the State of Israel. Both groups are offshoots of the Muslim Brotherhood and receive a large amount of funding from Iran.

Hamas and PIJ have worked together on a number of terror projects. 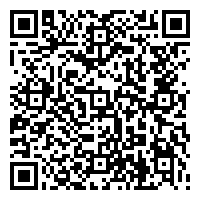