The Biden administration has informed the Congress that it has approved the transfer of $75 million for projects in the Palestinian Authority-controlled areas of Judea, Samaria and Gaza.

The funding is being restored to regain the “trust and goodwill” of the Ramallah government, the Congress was told, after the budget cuts by the previous American administration of President Donald Trump.


US officials didn’t bother to notify the Israeli government about the funding, according to a report by The Associated Press.

Since President Joe Biden entered the Oval Office on January 20, his administration has allocated nearly $100 million for the Palestinian Authority. Very little of that funding was officially announced.

Last week US Ambassador to the United Nations Linda Thomas Greenfield announced the Biden Administration had already transferred $15 million in economic / humanitarian aid to the PA.

Some of the $75 million has already been transferred or will be sent soon, although it will be directed to “urgent humanitarian and economic projects” and not directly transferred to the Ramallah government. It’s not clear whether the prior $15 million was part of this latest $75 million that was quietly allocated just 24 hours later.

“This urgent, necessary aid is one piece of our renewed commitment to the Palestinian people,” she added. 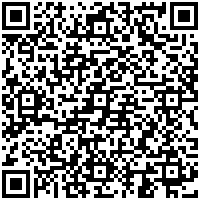